Darlene Sue Hodge, 68 of Dawson Springs, Kentuckt, formerly of Troy, born January 31, 1951 in Troy, passed away on Tuesday, March 26, 2019 at Baptist Health Madisonville in Madisonville, Kentucky surrounded by her family.

Darlene worked as a bookkeeper for the Holiday Inn in Hopkinsville, Kentucky.  She enjoyed ceramics, collecting baskets, and riding with her husband on their Harley Davidson traveling around the country.

She is survived by her loving husband, Richard Boyett Hodge, whom she married May 15, 1982; four sisters:  Naomi Myrick of Garland, Texas, Nettie Cline of Troy, Bonnie (Terrence) Harris of Glen Carbon, and Joyce (James) Blair of Salem; two brothers:  George (Veronica) Rittgers of Troy, and Leroy (Joan) Rittgers of Aviston; a brother-in-law, Don

She was preceded in death by her parents, Maynard and Bertie (nee Kinsley)

Visitation was held on April 2 at Barry Wilson Funeral Home, in Maryville.

Funeral services will were held on April 2 at Friedens Cemetery in Troy.

Memorials may be made to the American Cancer Society and will be received at the funeral home. 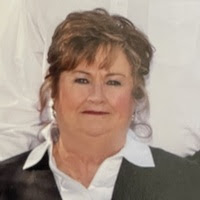