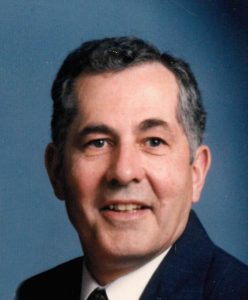 Carl was part of the 1st graduating class from Assumption High School in East St. Louis, IL in 1953.  He was a United States Army Veteran and owned the Orchards Barber Shop where he worked as a Barber since 1962 until his retirement in 2016 at the age of 81.  Prior to becoming a Barber, he worked on the Pennsylvania Railroad. Carl’s hobbies including fishing, and his beloved garden from which many have enjoyed his tomatoes.  He was also a 3rd Degree Knight of Columbus Council #9266 in Troy.

He was preceded in death by his loving wife of 44 years, Lucille Mae, nee Peck, Maxwell, who passed away in 2000; his parents, Raymond and Edna, nee Montine, Maxwell; and his siblings, Raymond (Helen) Maxwell, Mary Blue and Maxine Poell.

Memorials may be made to “Queen of Peace Church” – Karen M. Paulson Memorial Scholarship Fund.

Condolences may be expressed to the family online at www.kasslyfuneral.com.

Kassly Mortuar Ltd was in charge of funeral arrangements.