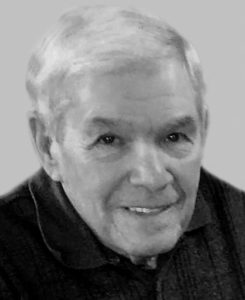 Jake was a Manager of Operating Practices with the Union Pacific Rail Road, retiring in 2001. He was a member of the Bethel Baptist Church in Troy and the Rail Roaders UP & MP St. Louis area. He served in the United States Air Force.  He loved county music, driving his red car, his family and watching his grandson grow up and learn about the world.

Jake was preceded in death by his parents, brothers, Robert, James, Bill, Don, Lloyd and Bud Lowery and one sister, Darlene Starr.

Funeral services for Byron Leon “Jake” Lowery were held on Saturday, April 27 at the Rogers-Atkins Funeral Home in Salem with Tim Lewis officiating. ‘Visitation was held on April 27 until the time of the service.

Interment was at Sunset Hills Cemetery in Edwardsville where there will be Military Honors by the United States Air Force.  Memorials can be made to Unity Hospice of St. Louis or the Belleraisers Foundation to benefit Cystic Fibrosis (facebook.com/belleraisers). 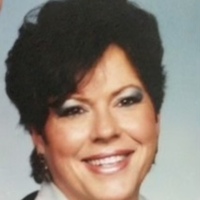