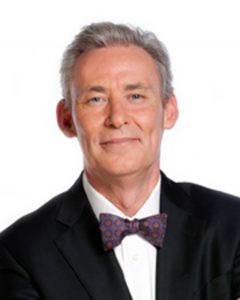 (Edwardsville) — Madison County Circuit Clerk Mark Von Nida, a veteran of Madison County politics, has announced that he will not be running for the position again. The clerk’s position will come up for election in 2020, along with those for other county offices.

“I was elected chairman of the Democratic Party in 2016 and will be devoting all of my time to getting Democrats elected to office in Illinois,” Von Nida said.

Von Nida has served in many different roles in his 30-year career in Madison County government, starting as a correctional officer with the Madison County Detention Facility. He went on the be office administrator for then State’s Attorney Bill Haine where he also served as press liaison. “He started as my office manager and did a brilliant job. In the early 90s in which we had to rebuild the administration of justice in the county, which was in complete disarray,” former Senator William Haine said.

Von Nida was appointed county clerk in 1997 and, beginning in 1998, was reelected four times.

He initiated numerous important innovations as County Clerk, including a “Ballot Defect Detection” system that resulted in adoption by Chicago and, ultimately, the entire State of Illinois.

He ultimately rose to statewide leadership in the Illinois Association of County Officials where he helped create standards of conduct and provided training related to public office.

“Mark went out of his way to help me out. He took me under wing and served as a great sounding board and mentor to me. Helped get me into leadership ” said Scott Erickson, Knox County Clerk and current president of the IACO.
He was awarded a U.S. Patent for an invention that helps guarantee ballot secrecy while voting using a paper ballot to be read by an electronic tabulator. In addition, Von Nida negotiated an arrangement with the county’s election vendors that allows his invention to be used elsewhere. The proceeds of royalties on the patent go to the citizens of Madison County.

In 2012, Von Nida ran and won as a candidate for Madison County Circuit Clerk. Again, his innovations changed the system for the better.

He lead the effort to digitalize court records, computerized traffic tickets and streamline the process for electronically filing court cases. He was especially interested in helping self-representing (Pro se) litigants to file documents and have access to a law library and clerks in the Circuit Clerk’s office.

Von Nida has held a variety of other positions in his career, including board membership on the National Association of Clerks, Election Officials and Recorders (NACRC), where he co-chaired the Elections Interest Group and served as a member of the Joint Election Official Legislative Conference, which advises the U.S. Congress on election laws.

Von Nida is a U.S. Navy veteran and is a 1985 graduate of Southern Illinois University Edwardsville. He is a season ticket holder for the SIUE Cougar Basketball program and gives back to his Alma Mater by supporting the School of Humanities and the Athletic Fund.

“He has had a great career of serving the public good. Absolutely honest Integrity beyond question. Mark has an intuitive sense of personnel, he knows people. He knows adversity and he knows how to advance the public good through politics,” Haine said.