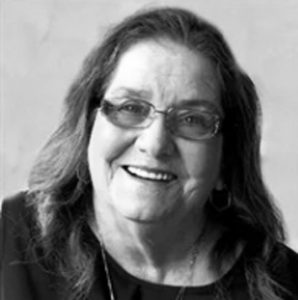 She was born on Wednesday, June 11, 1941, in Greenville, the daughter of  Cecil and Wilma (nee Meyer) Sparlin.

She grew up on a farm near Troy; and graduated from Troy High School in 1959.  She moved to Michigan with her first husband, where she drove a school bus.  She returned to Troy in 1969; moving to Highland in the late 1970’s.  She retired from Arrow Group Industries, Breese, in 2009.  She loved caring for and riding horses, was an amateur photographer and was into genealogy.  She was a big Chicago Cubs Fan and enjoyed travelling all over the USA.

Visitation was held on Aug. 6 at Spengel-Boulanger Funeral Home in Highland.

Interment was at Friedens United Church of Christ Cemetery in Troy.

Memorial contributions may be made to American Diabetes Association.