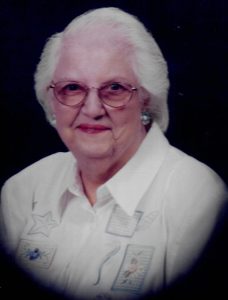 She was preceded in death by her husband, Frank L. Putz, Sr., whom she married on January 3, 1945 in East St. Louis; a son, Frank L. Putz, Jr.; her parents, Fred and Mary Frances (nee Hamblin), Reichardt, Sr.; a brother, Fred Reichardt, Jr. and a infant sister.

Interment will be at Calvary Cemetery, Glen Carbon.

Memorials may be made in form of masses or to Partners for Pets. Condolences may be expressed to the family online at www.hakassly.com.

Herbert A. Kassly Funeral Home, Ltd. in Collinsville was in charge of arrangements.