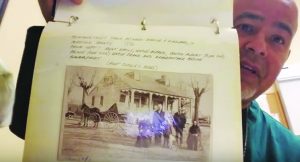 A Texas man holds up a photo album in a YouTube video that he discovered and purchased at a flea market in San Antonio, Texas.

Troy resident Adrienne Phillips was taken by surprise recently when a cherished family photo album was accidentally discovered by a man in Texas, thanks to a bit of serendipity.

The large photo album chronicling their family’s history, and put together by her grandmother, Alma L. Myracle, somehow ended up in a flea market in San Antonio.

The man, who goes by the name of Mike, purchase it and was so impressed by the extent of the collection — going back to the 1800s, — that he posted a video about it on YouTube, contacted the local media, searched on Ancestry.com, and eventually was able to get in touch with one of the family’s relatives through bits of information in the album. One of the photos showed an early family homestead near Highland and Marine in Madison County. The YouTube video is titled: “Madison County Illinois historic photo album found.”

Phillips said they aren’t quite sure how her grandmother’s family photo album ended up in a flea market, but suspected it may have strayed from an estate sale following Alma Myracle’s death on Nov. 14, 2018. She had been a resident of Eden Village in Glen Carbon at the time.

Either way, she is immensely grateful for the man who reached out to them after finding it. It was featured as a human interest story on a local TV station there this past Friday. “We are grateful to this guardian of our past and angel in our present,” Phillips said, in sharing her excitement with the Times-Tribune.

In the YouTube video, the man notes that one name that came up frequently in the book was Sommerfeldt — which was Alma Myracle’s maiden name.

The first photo in the book is of Albert and Augusta (Schuetz) Sommerfeldt, Alma’s parents. Albert was a mail carrier, Adrienne said, adding that they were one of the first families in the area to have a telephone in their house.

Below are some of the photos featured in the photo album. The wedding photo is of Albert and Augusta, and is the first photo in the album. The second photos is of Alma Myracle Sommerfeldt. 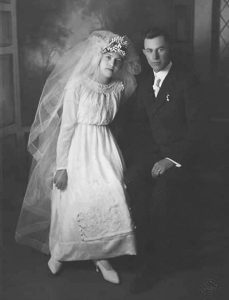 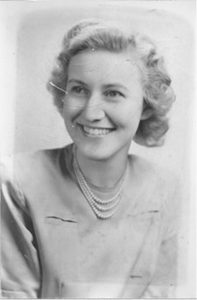 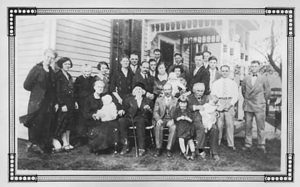 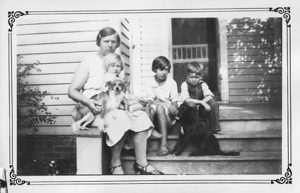 Veterans Assistance Commission Is Here To Help All Veterans