Troy aldermen approved a mayoral appointment at a special city council meeting on Sept. 9, naming Doug Partney to the position of city administrator.

Partney, who will replace retiring City Administrator Jeff Soland, is currently a three-term aldermen serving Ward 4. An appointment is expected in the near future to fill the vacancy.

“I am extremely honored to have the confidence of the mayor and council and be appointed to this position,” Partney said, adding that he looks forward to working with the council and all citizens for the benefit of everyone.

In a memorandum to council members, Troy Mayor Al Adomite cited Partney’s education and work experience, as well as a family history of public service going back to his grandfather and uncle.

Partney holds a bachelor of science degree in business administration and marketing from MacMurry College and has worked in project management in steel fabricaton and construction with Ben Hur Steel Worx and Atlas Iron Works, Adomite stated.

Partney will be paid an annual salary of $86,000, according to an employment contract approved by separate vote.

At the council’s regular meeting on Sept. 3, aldermen were informed that the city has been approved for a Highway Safety Improvement Program grant to help construct a turn lane at Troy-O’Fallon Road and County Lane, the scene of many accidents and at least one fatality in recent years, that being Thomas Layden who died after being rear-ended at the intersection. A precise dollar amount was not available at the meeting.

Adomite said Layden’s wife was one of the first people he called to share the news when it was confirmed.

City engineer Tom Cissell cited the projected construction of 100 or more houses in that area as another reason why a lane is needed. Even though it’s a county road, Cissell said the grant money is federal.

“The county wrote us a letter of support,” Cissell said.

In other council business:

— Approved a new low bid for the West Clay Stree Sewer Improvement project in the amount of $288,000 from Haier Plumbing. Part of the saving comes from a decision to use a lining to improve underground pipes, since the city would not need to increase the size.

— It was noted at the Troy Police sponsored Special Olympics Truck Convoy will take place at 5:30 p.m. on Saturday, September 14. 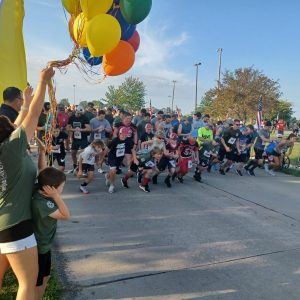