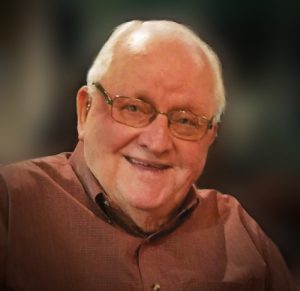 Bob was born February 25, 1925 in Collinsville, to Maximillion and Anna (nee Roedger) Keller.  Bob attended Collinsville High School and played basketball for the Kahoks.  In high school he met his beautiful wife, Charleen (nee DesPain) Keller.  Bob had to quit high school to help work on the family farm.  Bob and Charleen married on February 14, 1947 and had two boys, Kenny and Craig.  Bob continued to farm and then became an owner of Keller Farms and one of the owners of J.R. Kelly Horseradish Company.

Bob was a hard worker.  If there was a job to be done, he wouldn’t quit until it was done.  He worked very hard and long hours but always found time for family and friends.  Bob and Charleen did everything together.  They played cards with friends for many years, loved to go dancing, and an occasional golf game.

To those who knew Bob, knew that he was a hardworking man with good values.

He had a heart of gold and would help anyone that needed it.  He lived life to the fullest and will be greatly missed.

He was preceded in death by his parents, Max and Anna Keller; his brothers, Roger, Vernon (Ruth) and Lester (Lorraine) Keller; his sisters, Ruth (Bill) Fields and Maxine (Earl) Bridges; and granddaughter, Jessica Keller.

Funeral services were held at the church with Rev. Marvin Morgan officiating.

Memorials may be made to St. John United Church of Christ or Vitas Hospice and will be received at the funeral home.

Barry Wilson Funeral Home was in charge of arrangements.