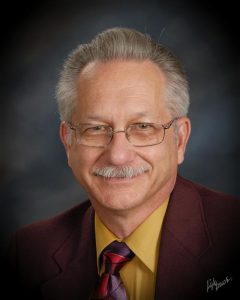 Jon was a graduate of North Vernon High School in Indiana and a 1968 graduate of Purdue University with a BS Degree in Electrical Engineering.

Jon designed electric motors for 42 years, with applications in food service, farming, mining, wastewater, and much more. He worked for Reliance Electric of Columbus, IN; Louis Allis Company of Evansville, IN; Howell Electric Motors of Howell, MI; Hobart Manufacturing of Troy, OH; A.O. Smith Company of Tipp City, OH; Magnetek/Century Electric of St. Louis, MO and McMinnville, TN; and Fasco of Eldon, MO.  He was a lifetime member of the Institute of Electrical and Electronic Engineers, and served from 1985 to 1989 as secretary of the Electric Machines Committee of the Industry Applications Society.  Jon enjoyed archaeology and astronomy, woodworking and lapidary, ballroom dancing and travel – everything from tent camping to cruising, exploring and adventuring in North America and the Mediterranean.

He was a trustee of several churches in the midwest. He attended Good Shepherd Lutheran Church in Collinsville.

Jon was preceded in death by his parents, Howard and Louise (nee Thurston) Buchanan, and three aunts: Joy Thurston on North Vernon, IN, Delight This of Petersburg, WV, and Thelma Boggs of Columbus, IN.

He is survived by his wife, Susan (nee Mescher) Buchanan, whom he married on January 31, 1970; a son, Mark (Jennifer) Buchanan, and two grandchildren, Raelei and Trinity Buchanan, of Maryville..

Memorial visitation was held on Sept. 13 at Barry Wilson Funeral Home in Maryville, and on September 14 at Good Shepherd Lutheran Church  Collinsville.

As Jon always said, and the Power and Energy Society of IEEE would agree, “motors, not love, make the world go ‘round.”

Memorial donations may be made to the IEEE Foundation IEEE PES Scholarship Plus Initiative Fund, Purdue University, American Heart Association, or to Good Shepherd Lutheran Church or School and will be accepted at the funeral home.

Barry Wilson Funeral Home was in charge of arrangements.