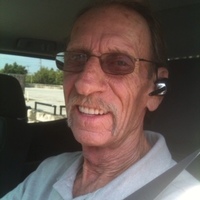 Alan served his Country in the United State Navy. He was a member of St. Paul’s Lutheran Church, Troy, IL, and the American Legion Post 708 Post, Troy. He retired in 2017 as an over the road truck driver.

Friends may call 9 to 11 am Saturday, October 5, at Richeson Funeral Home, Troy.

Funeral services will be held at 11 a.m. on Saturday, October 5 at the funeral home.

Memorials may be made to the family for a bench at Tri-Township Park. Online expressions of sympathy may be made at www.Richesonfh.com

Richeson Funeral Home was in charge of arrangements.