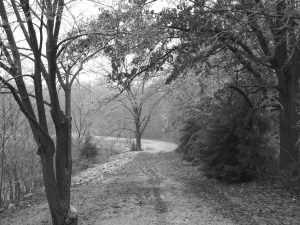 More than $2 million in grant money is being awarded for 12 different park and recreation projects in the counties of Madison and St. Clair County, according to a recent notice from the Metro East Park and Recreation District (MEPRD).

Projects to receive funding include $300,000 to the city of Troy for a splash pad, $28,000 for improvements to the Mill Pond Park in St. Jacob, $24,547 for an “Inclusion for All” project at St. Jacob Park, and $300,000 to Madison County Transit for Nickle Plate Trail improvements from Marine Road to Blackburn Road.

Other projects include $300,000 to the St. Clair County Transit District for Old Collinsville Road Trail Phase II, $210,480 for the acquisition of Richard’s Brick Woods, $79,396 to the Freeburg Park Distrrict for a 2020 Playground Update, $110,124 to the village of Godfrey for Glazebrook Park Field A Lighting project, $25,114 to Chouteau Township for Chouteau Golden Acres Park improvements, $236,1387 to the village of Bethalto for Erwin Plegge Multi-Use Path Phase II, and $85,000 to America’s Central Port for a park.

The park district began accepting applications in July, they said, and had allocated funds by mid-September.

“MEPRD grants cover a portion of park and trail project costs, requiring applicants to provide a local match to cover the remainder,” an Oct. 16 notice states. “Project sponsors are highly encouraged to solicit federal, state, or corporate/local donations to leverage local dollars toward these projects.”

According to the district, in the two-county area there are “321 public parks, 213 miles of bike trails, 78 miles of park walking paths, 51 miles of hiking trails, and 1,750 miles of public sidewalks.”

Since 2000, the year MEPRD was organized, it has assisted with 181 park and trail projects, 41 of which are currently in the works.

“MEPRD’s funding toward these projects has been leverage at a ration grater than 1 to 5,” they said.