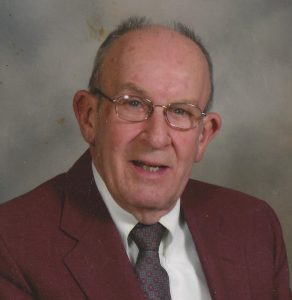 In addition to his parents, he was preceded in death by his beloved wife, Linda L. (Sandlin) Malench, and brother Dr. Henry L. Malench. Bob is survived by his children, Elizabeth Malench and partner Greg of Kansas City, Missouri, James Malench and wife Tonya of Columbus, Ohio, Roberta Brookshire and husband Paul of St. Peters, Missouri, and Stephanie Malench of Collinsville, Illinois; and grandchildren Alex Brookshire, Eli Malench, Josh Malench, and Noelle Malench.

Robert was the son of Italian immigrants and attended Livingston Community Schools. He attended Saint Louis University and Saint Louis University School of Medicine from 1952 to 1959, following which he completed his post-graduate internship at St. Louis City Hospital from 1959 to 1962. He then served as a captain in the U.S. Army from 1962 to 1964; then was assigned to provide care and treatment to veterans at the U.S. Soldiers home in Washington, D.C., Virginia.

After that he joined his brother, Dr. Henry Malench, in private practice as a family practitioner and general surgeon. Robert was later joined in the practice by his nephews, Dr. Anthony Malench and Dr. Peter Malench. During his time in private practice he was also on the medical staff at St. Joseph Hospital in Highland, Illinois and then at Anderson Hospital in Maryville, Illinois. His children still fondly recall the “black bag behind the door” which he took with him on house calls at any time of the day or night. Robert went into well-deserved retirement in 2002. His compassion for patients and others was unwavering throughout his life.

He raised his children to “be exposed” to new learning opportunities both large and small, and they are eternally grateful for that. Among other things, he enjoyed reading, traveling and working in the yard. He was a witty story teller and a loyal fan of the St. Louis Cardinals & St. Louis Blues.

His many memberships included: the American Medical Association, the Illinois State Medical Society, Alpha Omega Alpha Honor Medical Society, St. Boniface Catholic Church, past president of the Woodlawn Cemetery Association, Friends of the Lovejoy Library, The Missouri Botanical Gardens, St. Louis Art Museum, and the St. Louis Zoo. He was also a member of the Tuesday Morning Crew at the Benjamin Stephenson House in Edwardsville, which he enjoyed immensely, solving the world problems over coffee when their work was completed.