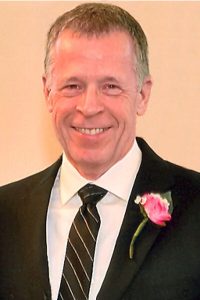 Gary L. Bozeman, 66, of Collinsville, Illinois has gained his eternal reward and rejoicing in Heaven with his savior, Jesus Christ.

He was born March 4, 1953 in Shreveport, Louisiana, a son of the late Melvin L. and Jennie Mae (Elliott) Bozeman. He married Patricia J. “Patti” (Fyalka) Bozeman on July 2, 2016 in Belleville, Illinois and she survives. He had worked in finance and accounting throughout his career with several organizations. Gary was a man of deep faith and always striving to serve the Lord. He was a dedicated and faithful longtime member of Bethel Baptist Church in Troy where he had served on the finance committee, served many years as a Sunday school teacher and was an integral part of the church choir. He cherished his days of playing golf and enjoyed playing baseball and softball through the years. He was a devoted fan of the St. Louis Cardinals and will be remembered for being an awesome husband, loving dad and proud Pawpaw Gary to his grandchildren. In addition to his beloved wife, he is survived by two daughters and sons-in-law, Rachel Bozeman-Cao and Charles Cao of Shreveport, Louisiana and Lindsey and Daniel Erb of St. Louis; a son and daughter-in-law, Zachary and Stephanie Bozeman of St. Louis; four stepchildren,

In celebration of his life, visitation will be at Bethel Baptist Church, 7775 Collinsville Road in Troy, Illinois on Tuesday, November 26 from 10 a.m. until time of funeral service at 12 noon with Pastor Tim Lewis officiating.

Memorials may be made to African Vision of Hope or to Bethel Baptist Church.

Irwin Chapel of Glen Carbon was in charge of arrangements.