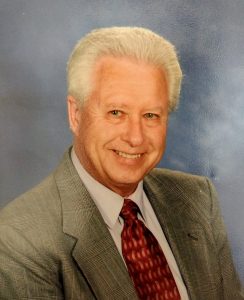 He married Betty J. (Davis) Anderson on June 11, 1960 at the Washington Park Assembly of God Church and she survives. He had retired in 2005 from Cardinal Business in St. Louis after 14 years of dedicated service. He had worked as a business machine technician throughout his career. He was a co-founder and past owner and operator of Business Systems of Collinsville and had worked for NCR in St. Louis for several years. He had a lifelong affiliation with the Assembly of God Church and was a regular attendee of Calvary Life Church in Granite City and enjoyed his years attending Church on the Green Assembly of God Church in Sun City West Arizona where he had served on the board. He and his wife loved their years living in Sun City West, Arizona where they enjoyed the outdoors and hiking. Gerry enjoyed playing pool, hunting, playing cards and board games and was always ready to tell a joke to others. He will be remembered for the love and special times shared with his family and friends. In addition to his beloved wife, he is survived by a daughter and son-in- law, Laurie and Dana Walker of Troy, Illinois; a son, Troy Anderson and his girlfriend,

Donna Horton of Troy, Illinois; four grandchildren, Rachel and husband, Marty Yaw, Bailey Walker, Troy Daniel Anderson and Mackenzie Walker; two great grandchildren, Gabriel Yaw and Carson Yaw; a brother and sister-in-law, Danny and Sharon Anderson of Sullivan, Missouri; four sisters and three brothers-in-law, Fayreita and Alfred Maxwell of O’Fallon, Illinois, Laura Delpine of Glendale, Arizona, Loretta and Mike Soto of Collinsville and Pamela and Kenneth Cooley of St. Joseph, Illinois; many nieces; nephews; other extended family and friends. In addition to his parents, he was preceded in death by a brother and sister-in-law, Eldon and Naomi Anderson and a brother-in-law, Albert Delpine. In celebration of his life, visitation will be at Irwin Chapel, 591 Glen Crossing Road in Glen Carbon on Tuesday, November 26, 2019 from 4 p.m. until 8 p.m. where funeral services will be at 10 a.m. on Wednesday, November 27, with Reverend Mark Maynard officiating. Burial will follow at Lakeview Memorial Gardens in Fairview Heights. Memorials may be made to the American Diabetes