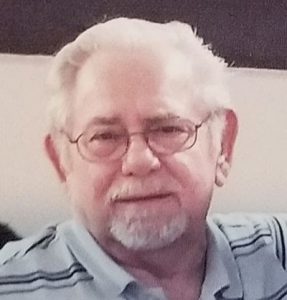 Jim was very active member of Bussong-Mersinger American Legion Post 665, St. Jacob, he also was a dedicated member of the St. Jacob Lions Club and most recent the Marine Lions Club. Jim was huge supporter of the Special Olympics. He enjoyed watching sports and was a big fan of the St. Louis Cardinals Baseball and St. Louis Blues Hockey. His family was always first and loved his children, grandchildren and great-grandchildren even Skeeter the cat.

He was preceded in death by his wife, Wilma Jean (nee Cooper) Meadows whom he married January 30, 1965 at First Baptist Church in Collinsville, and she passed away on January 17, 2005; son, Charles T. Meadows; parents, Paul and Elizabeth Jane (nee Cline) Meadows; brothers, William, Donald Lee and John Meadows.

Funeral services will be held 11 am on Wednesday, November 27, at Richeson Funeral Home in Troy, with Rev. Charles West officiating.

Interment will be at Riggin-Reid Cemetery, Troy.

Memorials may be made to Special Olympics Region Two and will be accepted at the funeral home. Online expressions of sympathy may be made at www.Richesonfh.com.

Richeson Funeral Home was in charge of arrangments.