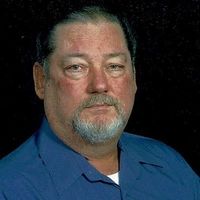 Robert was a member of Troy United Methodist Church, Troy. He served his country faithfully in the United States Navy during the Vietnam Conflict. Bob was a member of the Troy VFW Post 976, Troy, and enjoyed competitive shooting.

Memorials may be made to Troy VFW Post 976 for the Fisher House at Jefferson Barracks Hospital, St. Louis, MO. Online expressions of sympathy may be made at www.Richesonfh.com.

Visitation was held on Dec. 20 at Richeson Funeral Home in Troy.

Fiuneral services were held on Dec. 20 at the funeral home, with Rev. Dan Perry officating. Military honors followed the service.

Interment was at Sunset Hills Cemetery.

Richeson Funeral Home in Troy was in charge of arrangements.