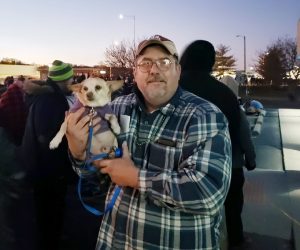 The dispensary’s first customer of the day, but he had to stand in line at 3:30 a.m. to get there first. Photo by Lynn Scherer.

The opening day of recreational cannabis sales in the Metro East came with huge expectations in terms of demand, an expectation that was realized Wednesday morning, Jan. 1, with a line at the dispensary in Collinsville estimated to be 1,000 people long by 7 a.m.

One man, the earliest to stand in line, was there by 3:30 a.m., one witness said, while others began arriving as early as 5 a.m.

The crowd was upbeat and civil, with clear expressions of periodic exuberance as purchasers began to exit the building, some tossing what appeared to be confetti to the hoots and hollers of the crowd.

The dispensary, located at Eastport Plaza, still carried the sign HCI Alternatives, used when it was solely a dispensary for medical marijuana, but said in a media notice that the name had been changed to Illinois Supply and Provision.

Along with the crowd came media attention, including St. Louis TV station coverage and other print media personnel.

The Collinsville location is one of dozens across the state to open on Jan. 1.

On Dec. 31, Illinois’ Central Management Services issued a press release announcing the eighth round of “same site” licenses for adult use cannabis, adding 11 more locations to bring the current total to 46. 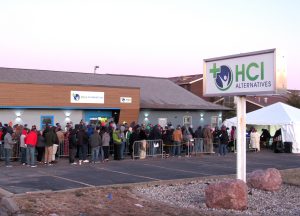 All of the newly licensed locations are outside the Metro East, specifically: Morris, Chicago, East Peoria, Urbana, Homewood, Justice, Worth, Posen, Peoria, Joliet, Anna, and Harrisburg.

The Cannabis Business Association of Illinois, representing the states dispensaries and cultivation centers, released a comprehensive FAQ on Dec. 31, making themselves available for media inquires and launching a public awareness campaign with a clear message, it said: “Be Responsible.”

Part of that campaign involves directing people to a website for information about legalities and requirements under the law, with regard to the purchase, transport, and use of cannabis in the state. That website is located at www.cbail.org/legalization/

“Our members are working around the clock to ensure we can provide a high-quality experience with top-notch products to the many adults we expect will be eager for adult cannabis use in Illinois on Jan. 1,” CBAI Executive Director Pamela Althoff said. 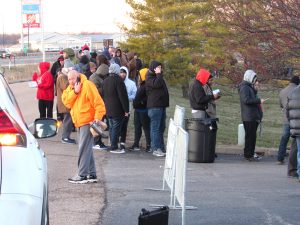 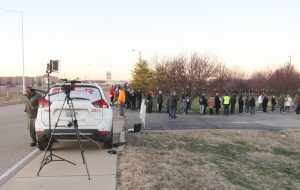