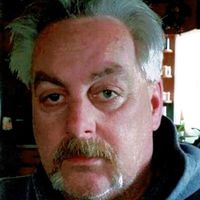 Jerry honorably served his country in the United States Air Force. He was a family man and was very proud of his children. He enjoyed cooking, watching cooking shows and playing golf.

Jerry was preceded in death by his son, Alexander Hagerty; and his father Raymond V. Hagerty.

Memorials may be made to his family. Online expressions of sympathy may be made at www.Richesonfh.com

Richeson Funeral Home, Troy, was in charge of the arrangements.