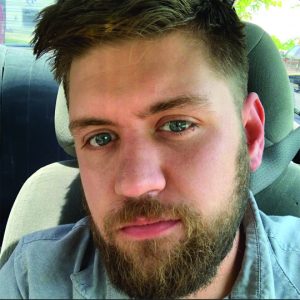 Cunningham, who lives in Benld has extensive experience in writing for multiple newspaper publications including the Macoupin County Enquirer, Greenville Advocate, Jersey County Journal and the Carlyle Union Banner.

He started out primarily as a sports reporter before later transitioning to a news role where his career then took off.

Although he has never been an Editor in the past, besides a brief temporary fill-in at the Jersey County Journal, Cunningham is excited to embark on this new journey.

“Writing has become a strong passion of mine”, he said. “I’m ready to embrace this new position and insert myself within the community”.

Originally a history major at Blackburn College, his life quickly turned in another direction after seeing an ad posted in the Enquirer for a sports reporter.

“I’ve always been an avid sports fan and had a knack for writing so I gave it a shot’, Cunningham said. “That was five years ago and I’ve done nothing but write since”.

Since then Cunningham has been dedicated to providing quality local news coverage, informing the community on issues of interest and telling the stories of your friends and neighbors.

One of the highlights of his writing career was a feature piece he did last spring on the great flood of 93 compared to last years flood in Calhoun County where he interviewed those who had lived through both events.

“It was rewarding because I learned so much about how small communities can band together and become one,” Cunningham said.

Now he will be focused on what the readers of Troy and the surrounding area wants to hear as well as to continue to produce a quality product.

“I’m ready for this new opportunity and will do my best to ensure the readers are both informed and satisfied with the content the Times-Tribune will continue to provide.