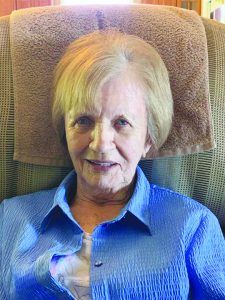 Catherine enjoyed spending time with her family, annual fishing trips, enjoyed anything in the outdoors, cooking and taking care of her home.

Funeral was held Tuesday, February 4 at Lake View Funeral Home, Fairview Heights, with an additional visitation one hour prior to funeral.

Memorials may be made to Hospice of Southern Illinois.

Lake View Funeral Home was in charge of arrangements