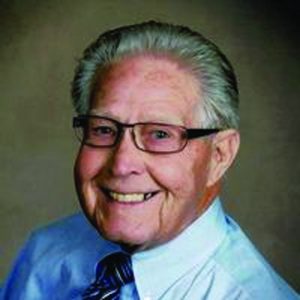 James proudly served his country in the United States Army Air Corp. He was a faithful member of Troy United Methodist Church serving as head usher for many years. James owned and operated Jim’s Derby Service Station in East St. Louis delivering Dr. Pepper in the Belleville area. He later retired from Triad School District in 2015 as a Custodian for the Henning School. He was a member of the Caseyville Moose Lodge and Teamster Local.

He was preceded in death by his parents, Don J. and Pearline (nee Bynum) Merrell; sister, Mary Krammer; and his brother-in-laws, Lee Krammer and Mark Rednour.

Funeral services were held  on Monday, February 10 at Troy United Methodist Church. Interment with Military Honors will be in Friedens Cemetery, Troy.

Memorials may be made to Troy United Methodist Church or Henning Memorial Fund. Online expressions of sympathy may be made at www.Richesonfh.com

Richeson Funeral Home was in charge of the arrangements.