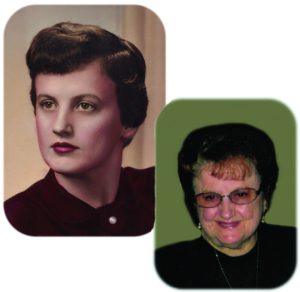 She was born on Saturday, April 17, 1937, in Correctionville, IA, the daughter of  Donald and Mildred (nee Custer) Anderson.

On Saturday, October 19, 1957, she married Stanley A. Klein at Belleville, who survives.

She was born in Correctionville, Iowa.. She went to different schools in Iowa, Arkansas, Missouri and Washington State and graduated from O’Fallon High School, O’Fallon.   She lived in Marine, since 1962.  She enjoyed horses, watching horse races, their grandchildren and great grandchildren.  She and her husband attended every sporting event their sons and grandchildren participated in.

Funeral Service were held on Tuesday, March 03, 2020, at Spengel-Boulanger Funeral Home in Highland.

Interment will be at Valley View Cemetery in Edwardsville, IL.

Memorial contributions may be made to Donor’s Choice.