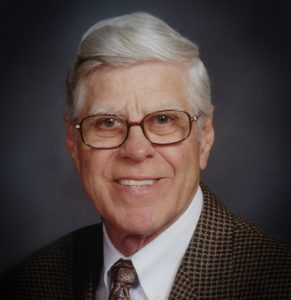 He was born September 23, 1926 to the late Henry and Bertha nee Lemke Weinacht.  He learned at an early age how to be a hard worker as he grew up on the family farm in Lebanon, helping the family.  He was one of ten children, the second to the youngest, and the last surviving member.  He met his wife, Shirley, at a dance and it was love at first sight.  A match made in heaven. They married on November 1, 1954 and had two sons, Kevin and Bryan.

Connor, who he said, “always made his day.”  Vern lead by example, loved unconditionally, had a can-do attitude, was motivated, disciplined, and treated everyone with respect.  He was a loving husband, father, father-in-law, grandfather, uncle and friend to everyone.

A public Celebration of Life will be held at a later date.

Memorials may be made in Vern’s honor to St. John United Church of Christ or the American Heart Association, and will be received at the funeral home.

Condolences may be expressed to the family at www.barrywilsonfuneralhome.com