The Collinsville Township Board of Trustees held an emergency meeting to accept the resignation of Township Supervisor Terry “Bones” Allen after 43 years of service and select a new Supervisor on Friday, March 20 at 7 p.m., the eve of the state mandated “Stay at Home” order given by Illinois Governor JB Pritzker just hours before. The meeting originally scheduled for the preceding Monday had been canceled by Allen and the new one was called for by Mike Foley and Robert Milam.

Governor Pritzker had used his emergency powers on March 16 to allow local governments to hold remote meetings. The only trustees to show up live to the board meeting were Derrick Cox and new trustee Robert Milam. The rest attended over the phone conference call.

Physical attendance was discouraged due to the social distancing rule of ten or fewer people in a location. Citizens wishing to attend the meeting were encouraged to call in to a special conference call line or view the meeting on the Collinsville Township You Tube Channel that could be accessed through the township web page.

Those wishing to speak during public comment were held in a separate room and brought into the meeting room one at a time to address the board. The original plan was to have speakers stay in their cars until called in to speak.

Three gentlemen did address the board in person during public comment. All three, Mark Achenbach, Clint Ball, and Phil Astrauskas commended Allen on his service to the community and were sad that he was not able to resign in person with the public in attendance to personally thank him.

All were also disappointed that the meeting was called when there was a public health emergency and Illinois residents were asked to stay home.

According to Illinois Compiles Statute Article 60, Section 60-5, the Township has 60 days to fill the vacancy as long as “a trustee shall be appointed as deputy supervisor [Township Attorney Justin Mattea insisted on using the term “pro-tem” and insisted it was unnecessary to fill the position until a vote was made] to perform the ministerial functions of that office until the vacancy is filled”. As the senior-most trustee present, Cox nominated Foley for the position who declined, then Township Manager Vicky Jackson since she had been running the township for two years but did not receive a second to move the motion forward. Instead, Trustee Stack nominated Dan Hopkins, who resigned as trustee during the March 10 regular Township board meeting and quickly got a second to be the Township Supervisor. All voted in favor except for Cox. 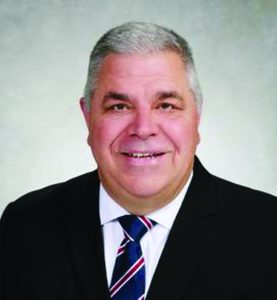