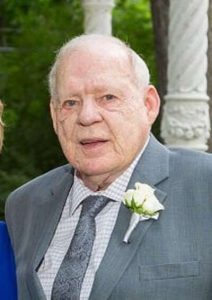 Wayne served his Country in the United States Army during the Vietnam conflict.  He was a family man and enjoyed the time he had with his wife, daughters and grandchildren.  He was a member of the Irving Lodge #455, Irving, IL for over 37 years and a member of Ainad Shriners.

He was preceded in death by his parents, Vernon and Wanda (nee Smith) Schwahn; and a brother, Daniel Schwahn.

Memorials may be made to Shriners Hospital, 4400 Clayton Ave, Saint Louis, MO 63110 or BJC Hospice, 1 Professional Dr. Ste. 180, Alton, IL 62002.  Online expressions of sympathy may be made at www.Richesonfh.com