The Collinsville Township Board of Trustees failed to pass a motion to fund the YMCA use of the Senior Center for childcare up to sixth grade on remote learning days for the first semester at its monthly meeting on August 11.

Supervisor Dan Hopkins had previously met with Nina Lindhorst, Executive Director of the Collinsville-Maryville-Troy YMCA and was in favor of using the center for this purpose since Governor JB Pritzker is not allowing senior centers throughout the state to open anytime soon due to COVID-19.

Trustee Derrick Cox made a motion to give the YMCA $30,000 but did not get a second to move the motion forward.

Hopkins then made a motion to give the YMCA $12,500 from the Programs For Youth line item of the budget (usually given to the reading program) which currently has $30,000 in it, for the first semester.

Trustee Rob Milam was absent. Trustee Derrick Cox and Supervisor Dan Hopkins voted in favor of the proposal. Trustee Mike Foley was adamantly against the proposal from the beginning, claiming that the seniors that had talked to did not want kids using the center and “tearing it up”. He also claimed it was “unsafe”, yet claimed schools should be doing remote learning only (and thereby leaving children with two working parents without childcare five days a week).

Lindhorst was on the conference call meeting and said that DCFS would come in and approve the site before hand, clean the facility every hour and at the end of each day. The ratio of children to staff would be 9:1. The Senior Center would also be listed on the YMCA’s insurance policy.

The Maryville Village Board had already approved letting the YMCA use their senior center for childcare last week.

In other news, the Township held its annual backpack give away for students in need in the township and gave away nearly 400 backpacks on August 5th and 6th as a drive through event in the back senior center parking lot.

The tuck pointing job on the Township office building has been completed. 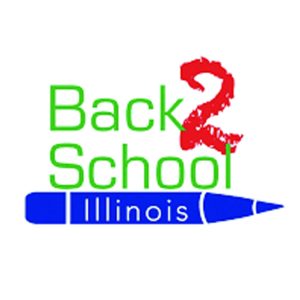 Juvenile Injured in Hit and Run In Maryville