Ann was born on May 25, 1923 in Jerseyville., the daughter of the late John and Mary (nee Osohanich) Dorchincez. She was married on November 19, 1947 to Edmund E. Crowell.  Ann and Ed were married for over 50 years until his passing in 1998.  She was also preceded in death by sisters, Mary Peterman and Elizabeth Warren and brothers, Mike Dorchincez, John Dorchinecz, Charlie Dorchincez.

Being raised during the great depression, Ann only attended school through the 8th grade,  receiving perfect marks throughout her schooling.  However, her wisdom and acumen were always apparent.  She was a strong advocate of education and a lifelong avid reader.  She endlessly enjoyed working crossword puzzle books cover to cover and was unmatched at playing Scrabble.  Through much of her life she enjoyed gardening both flowers and vegetables, as well as arts and crafts project.

Ann was extremely close with her entire family.  She lived much of her adult life on the same street as her extended family, including her parents, her brother, her two sisters and their families.  Ann and her mother Mary were very strong women, and often sought out for guidance and advice.  Ann was lovingly devoted to her family, providing homecare for her mother for many years, and later in life, frequently spending the winter in southern California with her son John or visiting Roger and his family in Louisana.  She enjoyed spending time with her grandchildren, often taking them to Fairmont Park to watch the horses.  She also enjoyed visiting the area casinos. Most of all, Ann was a strong woman of Faith who loved her family and her friends.  She will be sadly missed.

Herbert A. Kassly Funeral Home, Collinsville, was in charge of the arrangements 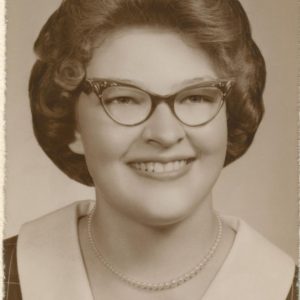