The Madison County Board continued its process of not considering three of Chairman Kurt Prenzler’s appointments at its June 16 meeting.

Resolutions were passed later in the meeting to use this money for one year of a two-factor authentication  program cloud service subscription and a contract with Artic Wolf Security Monitoring Service for hacker prevention services.

The ordinance revising the county sheriff’s fees for private event contracting was postponed until other asepcts of the program be investigated.

The fee scale was previously updated in January of 2015, with officers being able to work special events outside of their regular duties for $65/hour.

The new rates would be based on rank of the officer.

A Park and Recreation PEP Loan of $53,112 was awarded to  Wood River Township to fund the conversion of old tennis courts to pickle ball courts, resurface parking lots, and work on drainage along the trail at Kutter Park.

The board passed a resolution supporting the extension of two of Fairmont City’s TIF District #1 for an additional 12 years to assist in development and redevelopment efforts as well as to create and maintain jobs.

A resolution was passed authorizing the county to apply for the 2022 annual Emergency Solutions Grant for CARES Act funds totaling $795,318.

The Rental Housing Support Program was renewed by the Illinois Housing Development Authority with $576,253 in funding to support up to 21 units of housing for the county. 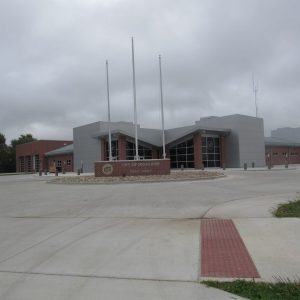