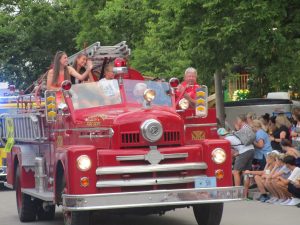 The 1958 Seamus fire engine was a high point of the opening night parade at Maryville’s 2021 Fireman’s Homecoming. 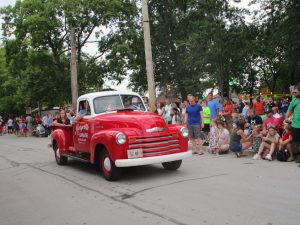 The old Maryville Garage truck was another highlight of the opening night parade at the 2021 Maryville Fireman’s Homecoming. 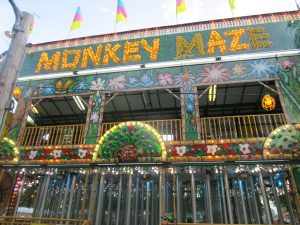 The Monkey Maze was back. The 2021 Maryville Fireman’s Homecoming featured rides, games, music, good and fun. 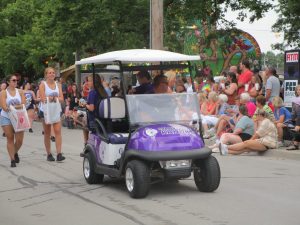 The Collinsville Kahoks’ purple vehicle appeared in the parade, along with marchers and dancers from that city. This year’s parade theme was about games and local businesses and organizations floats based on Candy Land, Guess Who, Bob Opoly and several others. 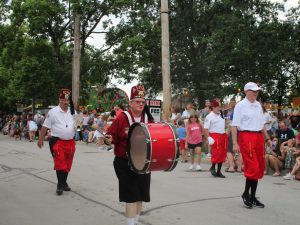 Although school bands canceled out due to COVID-19 reasons, two groups of Shriners marched in the parade. Here is the one wearing costumes. They did not bring their little cars with them. 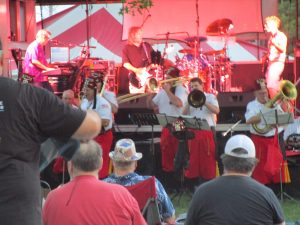 After the parade was over, those Shriners gave a concert, playing patriotic songs and oldies like “We Will Rock You” and “Oh, Pretty Woman.” Then the Blue Marlin Band took the stage and together they played “25 Or 6 To 4” by Chicago. 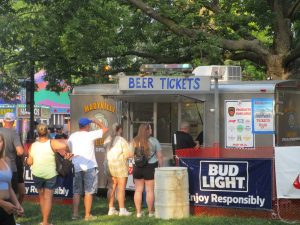 This was one of the most popular stands of all.