Many special teams coaches set a goal of not allowing opposing kick return teams past their own 30 each kickoff. It gives their defense a great advantage as the other team has to go at least 70 yards for a TD.

During the opening kickoff, he forced a fumble and recovered the ball to set the Collinsville offense up at the Alton 29-yard line to start the game.

“We’ve been hoping for a little spice on our kickoffs lately,” said CHS coach Colton Rhoads. “So as soon as he got that ball…that one just lit up the sideline and we were ready to go after seeing that one.”

Rhoads opened the game with running back Jerry Richardson taking the shotgun snaps in the wildcat formation. Three Richardson carries later and Collinsville had a touchdown. That TD was courtesy of some nice offensive line blocking and Richardson footwork. When Andrew Chi banged the extra point through the uprights the Kahoks went up 7-0.

“We put Richardson in the wildcat to start and I thought we could overload them with our trips (formation) and that worked well. Then we ran some GT (pulling the backside Guard and Tackle to the play side) as well with Jerry at quarterback and punched it in with three plays.”

On the ensuing kick, the kickoff team once again pinned Alton inside their 30. The Redbird return man again fumbled the kick and the Kahoks once again recovered however the ball was ruled down prior to the fumble.

From there the Kahok defense showed up garnering a three-and-out and forcing a punt. Not only did they get the Redbirds off the field, but they also picked up two tackles for loss during the series.

“They came out and tried to run wildcat too,” said Rhoads. “Theirs was just more unsuccessful than us and we got a big three-and-out to get the offense right back out there on the field.”

After a Kahok punt, Alton converted a third down and was faced with another 3rd and long in CHS territory. The Kahok defense came up with a huge sack to force 4th and long and after an incomplete pass, CHS took possession near midfield.

“The third-down sack was awesome,” commented Rhoads. “Our nose tackle Dalton Hersey came through almost untouched and made the play. He secured the heck out of that tackle. They lost about six yards on that sack. That was huge for us.”

“Man, 14-0, it kind of just brought the whole sideline up,” according to Rhoads. “It was right at the start of the 2nd quarter where we go up 14-0. It was a big pass from Kolbie to Darren. All of a sudden our sideline came alive and realized what we could be doing. 14 points were the most points we scored all season, we just scored it with 10 minutes left in the 2nd quarter.”

Anderson had to thread the needle between two Redbird defenders to get the TD pass to Pennell.

“If there’s one guy on this team who’s going to catch the ball, it’s going to be Darren Pennell,” said Rhoads. “Whether he’s getting hit, whether it’s a bad pass or a great pass. This one was perfectly placed where it needed to be and Darren came down with it while he was being hit.

“That’s an impressive catch to make for anyone let alone it being a sophomore.”

On the next series, the Kahok defense gave up one first down then came up with a huge stop on 4th and four to get the ball back to the offense.

One play later, Anderson found Richardson open for a 58-yard TD. After Chi’s third extra point of the contest the Kahoks had a 21-0 lead.

After another three-and-out by the defense, highlighted by a tackle for loss and a third down sack, the Kahok offense again scored quickly. This time they pulled it off in three plays as Anderson connected on a 69-yard TD pass to Tray Swygaert.

However the Kahoks weren’t done scoring yet.

After another great kick by Chi and effort by the kickoff coverage team, Alton was pinned deep in their own territory. The Kahok defense forced yet another three-and-out then Richardson came up with a nifty 25-yard punt return to the Alton 25.

One play later Anderson found Isiah Gordon down the sideline for a 24-yard completion to the one.

Three plays after that  Anderson plunged in from the one to give CHS a 33-0 lead at the half.

“Kolbie was lights out this game,” said Rhoads.

The final CHS TD was early in the 2nd half. After faking a quick screen to Richardson on the outside, Anderson found Pennell down the sideline. The Kahok wideout had to break a tackle but found his way into the end zone for a 39-0 lead.

After the extra point was mishandled, Pennell ran around the right side and found Norton open for the two-point conversion to secure a 41 point lead and a running clock for the rest of the game.

“I just want to highlight that we played a complete game,” said Rhoads. “Our boys finally realized that when you put everything together these are the type of results you can get.”

“3-0 feels great,” said Rhoads. “The kids have put in a lot of work to get here and I’m just happy that it’s led to all the success they’ve had on the field.”

-That 1998 Kahok team ran through their first eight games undefeated before losing the battle of the unbeatens to Edwardsville. That score was 7-6. EHS won the SWC title while Collinsville finished at 5-1 in conference action.

The Kahoks ended up falling in their playoff opener that season, 20-14 to East St. Louis. 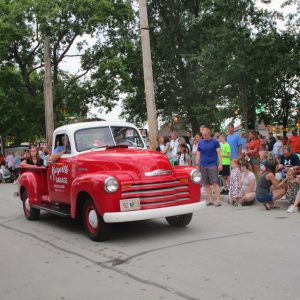 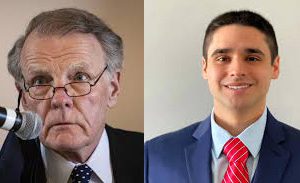