Amid concerns and questions related to how Kurt Prenzler, chairman of the Madison County Board, handled the decision to appoint Frederick Guy Patterson as the county’s emergency management agency director, it was approved following a comment of support from one of its members.

Stacey Pace, representing an area of the county that includes parts of Troy, when asked by another board member, Bill Meyer of Hamel, for her opinion, said she had spoken with Patterson several times, in conjunction with a position he held on the board of the Troy Fire Protection District, and felt comfortable and confident enough in his abilities to be voting yes on the appointment.

This occurred at the July meeting of the county board when Prenzler brought forward the appointment of Patterson less than a week in advance of the torrential rains which caused flooding throughout the area and resulted in response from the agency he is now leading to the emergency situation.

Patterson started his new position on July 20 at an annual salary of $76,000, taking over from the interim director, Mary Kate Brown, who was filling the role subsequent to the resignation of the individual who previously held the job.

The stated mission of the agency is to identify “hazards and vulnerabilities within the corporate limits of Madison County and provide coordination to effectively prepare for, respond to, and recover from all natural and manmade emergencies and disasters regardless of size, or complexity. This agency will take appropriate action in accordance with established emergency operational plans to mitigate any harm to the citizens or property in Madison County.”

Prenzler told the county board that when he placed the Patterson appointment on the meeting agenda, he “had sensed there was a consensus regarding” both it and the appointment of David Fleetwood for a five-year term on the St. Louis Regional Airport Authority, replacing Wendall Ross.

After Madison County State’s Attorney Thomas Haine confirmed that Prenzler had the authority to make the appointment when a board member had questioned it, the legal counsel stated that in the future, pursuant to recent action taken by the board to alter the chairman’s duties, something like this would have to be passed through its government relations committee first.

Additional comments and questions came up about Prenzler’s not posting the EMA director job opening but he said last spring he had interviewed several people, at least five, while adding he was not sure it was necessary to post it.

Prenzler noted that he did not anticipate the sudden resignation of Patterson’s predecessor, so the chairman explained he had simply gone back to a candidate he felt was well qualified and had been interviewed previously.

Patterson has 15 years of experience in emergency management, Prenzler said, “So I then tried to indicate that by sending out his bio to all the county board members.”

“I think he has actually attended a number of committee meetings for the purpose of giving the county board members the opportunity to talk to him.”

In an ironic statement foreshadowing the unforeseen, at that time, flooding from the record rainfall the last week of July, Prenzler added, “The EMA director is a very important position and you never know when an emergency is going to take place. I think we all know this with the emergencies we have had here.”

The board followed up the approval of Patterson with its okay on the aforementioned appointment of Fleetwood to the airport authority with Haine again stressing that in future such instances as this, appointments like these will have to pass through the county board government relations committee in conjunction with legislation passed recently which altered the powers of the chairman. 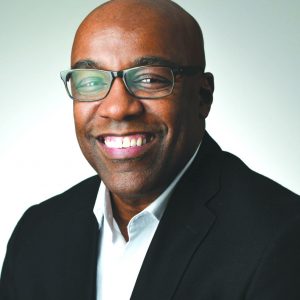