Stacey Pace of Troy was appointed, with a unanimous vote of support as the only nominee, to the position of vice-chairperson pro tem of the Madison County Board during its monthly meeting held on Wednesday, August 17.

That vote followed a less than unanimous divide among the board members present or participating virtually concerning the appointment for the position of chairperson pro tem with John “Eric” Foster of Granite City emerging as the majority choice over Terry Eaker of Bethalto.

These votes, which came early on during the August 17 meeting, followed a pair of July meetings marked by moments of contentiousness during which Madison County Board Chairman Kurt Prenzler had objected to legislation calling for the board to appoint from its own members the two aforementioned positions. That legislation consisted of sweeping changes concerning the powers of the chairman and diminished them in a variety of ways.

The two pro tem appointments and another one concerning the board’s executive committee chairman resulted in discussion which dominated close to half of the 20-plus minute duration for the August 17 meeting.

Prenzler expressed his objections at this meeting to the appointing of a chairman for one of the board’s most significant subgroups, its executive committee, because he felt the proper notice procedure was not followed in that the name eventually chosen was not properly made public by being included on the agenda at least 48 hours in advance in keeping with the Illinois Open Meetings Act. The board member appointed to that position, Madison, is taking over a committee chairmanship previously held by Prenzler.

That committee’s major functions include the following:  working with all departments and elected officials, providing a forum for discussion of issues impacting major policy decisions, directing labor negotiations, hearing and deciding grievances concerning department heads and other management personnel, according to personnel policies, and supervising the overall planning of general operations of the county government.

Prenzler contended that it has been past practice to include the names of committee chairmen and committee assignments on the agenda, but this had not been done for the August 17 meeting.

When asked for his input regarding this matter, State’s Attorney Thomas Haine suggested that the board could choose to delay the appointments but said moving forward with them could take place done because these are what he called “internal” positions within the board itself, also referring to them as “functionary” positions.

After Prenzler referred to previous history concerning the procedure utilized for committee appointments, Haine answered that in such cases there had been discussion on the board floor during the meeting from individual members expressing interest in serving on specific committees with subsequent action having included those preferences, none of which had been indicated on those particular meetings’ agendas in advance.

After Haine again suggested the possibility of the board postponing the executive committee chairman appointment until its next meeting, Eaker said he preferred to address it that same evening.

Prenzler added that the way he favored handling such matters would be to provide the name and some biographical information concerning the appointee(s).

Madison, who represents a district that takes in an area of Bethalto, was approved as the executive committee chairman. 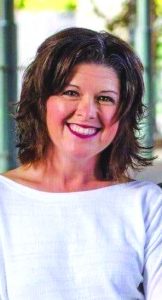