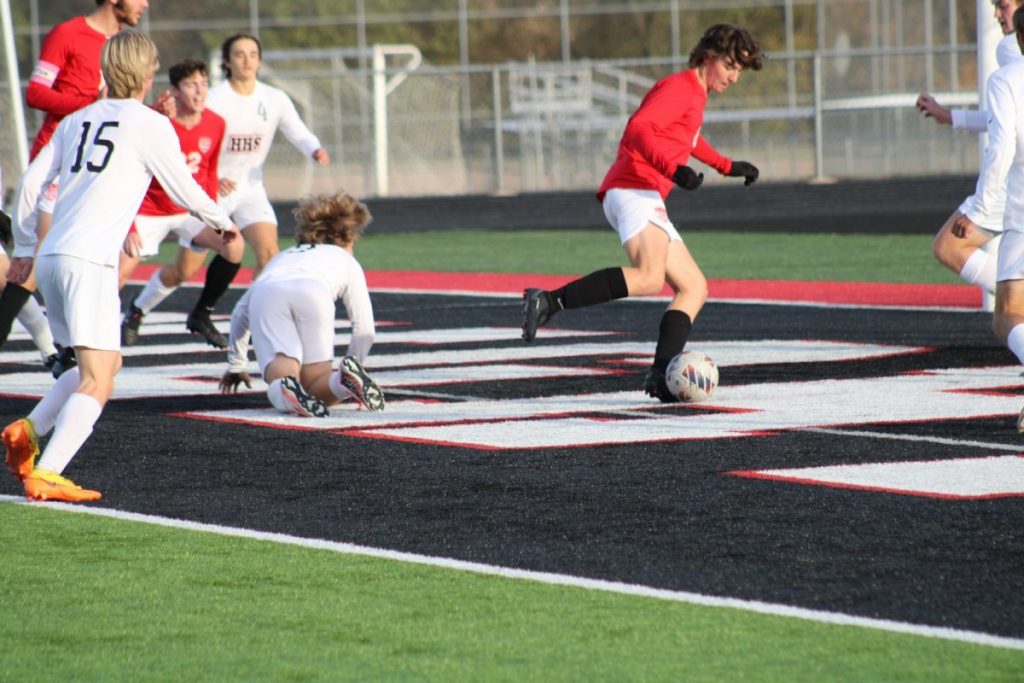 Last year, Highland took eventual state runners-up Triad to double overtime in a 0-0 tie during their postseason run. The Knights won that game by a 2-0 final, but still have not forgotten their close call with the Bulldogs.

This time around, Triad wasted no time to break through against the defensive-minded Highland.

Just twelve minutes into the action, Charlie Gentemann raced through several Highland defenders and launched a shot on goal. His effort did not find the net, but Wyatt Suter finished the job as he sent the loose ball into the net.

TJ Suter pushed the lead further after tacking on another first half goal with 13:59 left before intermission. This 2-0 advantage remained at the half.

The Knights continued to pour on the offense in the final 40 minutes. TJ Suter would find the back of the net again, while Drew Neu, Ethan Kirby and Gibson Hunt recorded tallies. Max Rader would finish with a shutout in net for Triad’s 6-0 victory.

Triad will be back in action at 3 p.m. on Oct. 22, as they host the Alton Marquette Explorers in the Regional championship. The Explorers punched their ticket to the Regional final with a 6-1 victory over Jersey.

Marquette also enters with a 17-5 record on the season. The Explorers are currently riding a 9 game win streak, dating back to a 6-1 loss to Triad on Oct 1.