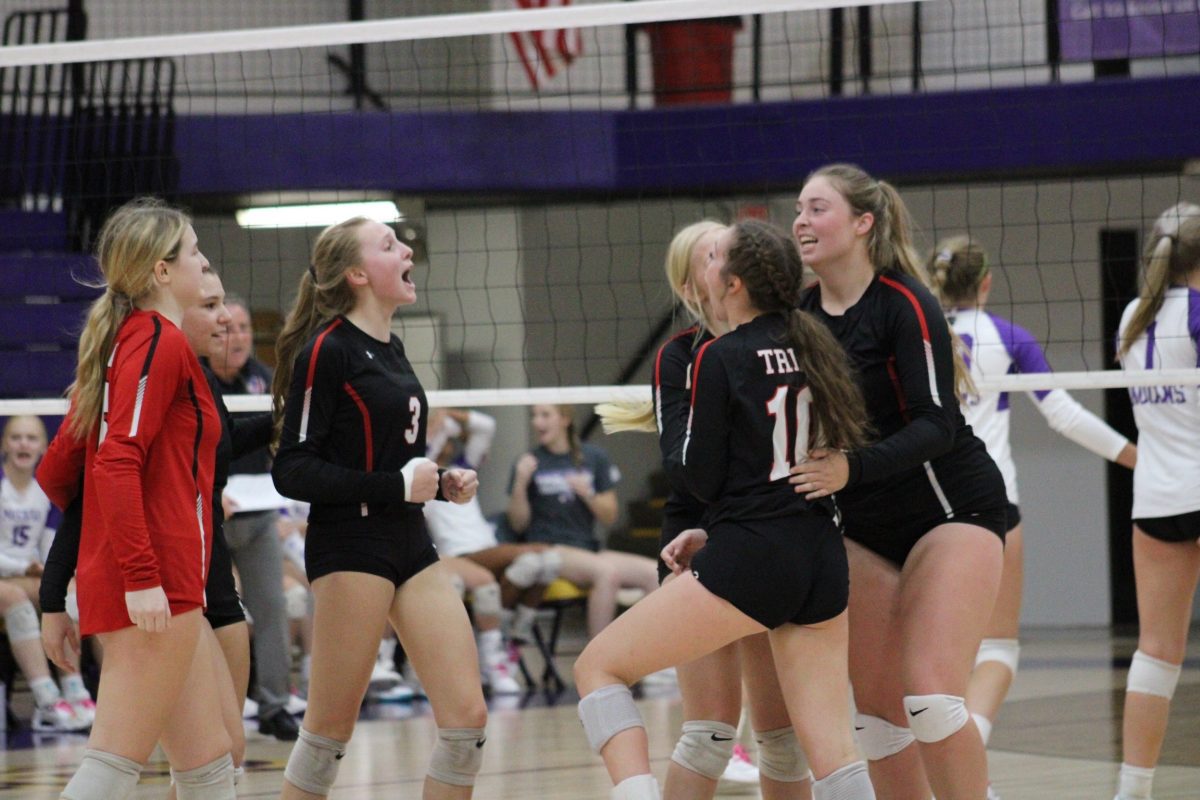 Across all sports and all levels, teams hope to play their best once the postseason begins. Triad volleyball certainly achieved that goal last week.

Their first postseason matchup came against the Highland Bulldogs. The Oct. 25 bout was a rematch of two regular season games that the Lady Knights dropped.

Highland began marching to their third rivalry win of the year over Triad after taking the first set 25-20. But something felt different this time.

With their backs against the wall, the Lady Knights took the second set 25-22 to force a third set. The set win was only their second of the year against the Bulldogs.

Momentum stayed with the lower seeded Triad squad, who took the set and the match with a thrilling 25-23 win.

Two days later, the team was back at Civic Memorial for the IHSA Regional final against the Mascoutah Indians. Seeded first, Mascoutah entered with a 31-5 record and had already defeated Triad twice over the year.

After scoring the first point of the match on a powerful spike, senior Abby Kesterson served Triad to a dominant 7-0 start. This wide margin forced Mascoutah to burn their first timeout.

It would not take long for the Indians to respond with a run of their own, which brought them within 12-11. Triad called for a timeout following this 11-5 run.

The fifth seeded Lady Knights continued to take it to the top ranker Indians with another run, this time taking a 17-12 lead. This lead was short lived however, as both teams would end up tied at 23-23.

Triad moved ahead 24-23 off a spike from Kesterson and Aiden Bakarich closed out the set with another point for a 25-23. This marked the first time that a Mississippi Valley Conference team had won a set over Mascoutah this season.

After falling behind 16-10 early, the Lady Knights rallied to make the second set tight at 17-15. Mascoutah found breathing room to go up 21-17 before taking the second set 25-17.

In the third and decisive set, Triad ran out of steam and fell 25-12.

While the come from behind loss was a disappointment, Coach Jami Parker was still impressed with the team’s playoff showings, “Highland was a great win for us the other night and the girls came out well tonight. We didn’t finish what we started, but we came out very well and I was proud of that.”

The Lady Knights finished the season 14-23, but will return most of their roster next season.

“We’re starting a lot of sophomores and juniors. We had one senior on the floor tonight. Watch them all season, they just grew and it was just a big learning curve. Tonight, I think they showed what they can do in that first game,” Coach Parker spoke of her squad’s youth.