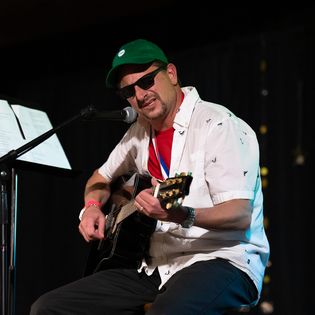 Troy/Maryville/St. Jacob/Marine Chamber of Commerce on Friday evening held its Chamber’s Got Talent night, described as an amazing event with winners, auction winners and some very talented individuals

“This is the first event of its kind and we could not have been more pleased,” Dawn Mushill, Executive Director Troy/Maryville/St. Jacob/Marine Chamber of Commerce said in a news release. “The highlight of the evening was presenting the awards to our seven award winners.”

In addition, several individuals were recognized for their contributions to the community.

Sherry Keith, a teacher at CA Henning Elementary in the Triad School District was presented the Chamber Teacher of the Year award. The Chamber Community Person of the Year went to Sam Italiano, A-1 Security Specialists and City of Troy. The Chamber Member of the Year was awarded to Mark VanZeyl, Bullseye Promotions.

The Chamber Lifetime Achievement Award was awarded posthumously to Millie Belobraydic who passed away July 2020 and was instrumental in the development of Anderson Hospital in Maryville, her hometown.

“Millie knew about her award before she passed away,” Mushill said. “Her family was in attendance to accept her award and also present a toast to Millie.”

An oral auction brought some very nice items, including a farm basket brought directly from the farm of State Representative Charlie Meier, the chamber stated in the release.

“When I called him the day before to confirm, his pies were in the oven,” Mushill said.

Each award winner was presented with an award, framed certificate and a medal. Talent was spread throughout the night which brought singing, dancing and even some artwork.  There were also bid board auctions, which involved some great interaction and friendly competition for all involved.

This was the Chamber’s first fundraiser since March, 2019. The Chamber has had a big fall in 2022 with four major events in nine weeks. The Fore! The Foundation Golf Scramble and the Women’s Conference took place prior to the Chamber’s Got Talent.

“The entire feel of the event was so positive,” Mushill said. “It was just a great feeling to have everyone back in the room together.

On Nov. 12, the Chamber Foundation will welcome Bryan White featuring Shotgun Creek at Time Out. It will be a fundraiser for the Chamber’s Foundation. 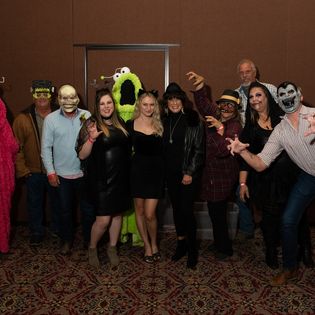