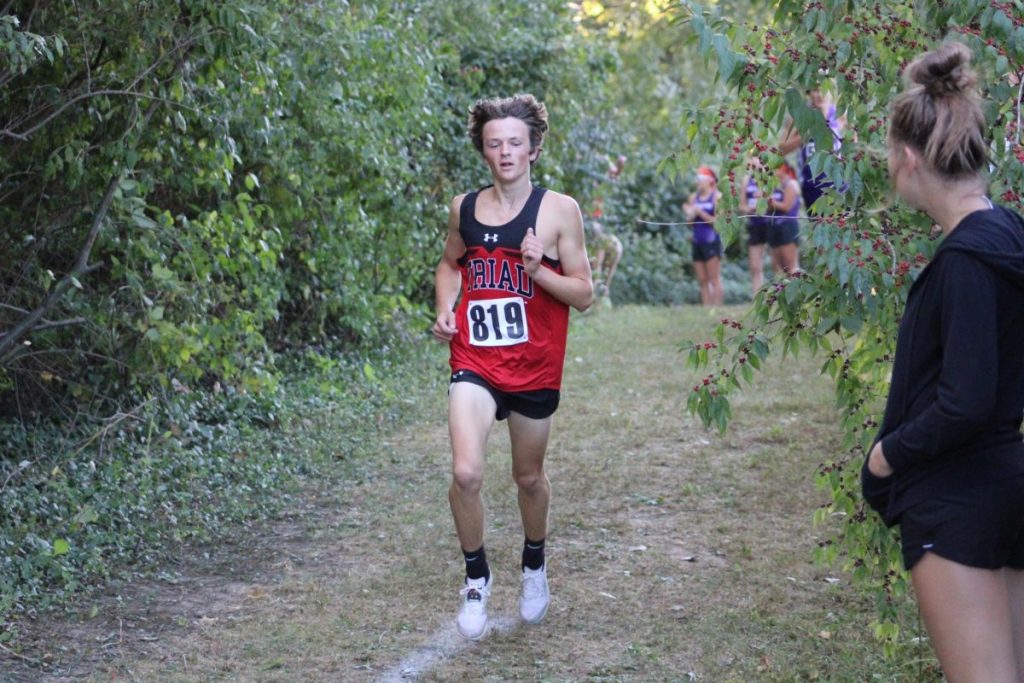 It takes a great deal of talent and consistency to reach the IHSA State Finals in cross country. Both Drew Twyman and Drew Pace possessed those traits to represent Triad at the state’s final meet.

Their appearance marked the third consecutive state appearance by Triad, with Pace qualifying as an individual last year and the entire team doing so in the fall of 2019.

The IHSA State Finals were once again held at Peoria’s Detweiller Park. Dozens of schools and 236 male runners converged on the muddy course.

On this occasion, Twyman was the first Knight at the finish line. The speedy sophomore finished his season with a time of 16:25.45.

His time would place him fortieth overall, but within thirty second of thirteenth place. Twyman’s time was also the seventh fastest among underclassmen.

Pace was not far behind him with a mark of 16:39.70. This placed the junior in fifty fifth place overall. Last season, he finished in one hundredth place at the same meet.

Seventeen of the runners ahead of Pace will not return next season, based on their senior status.