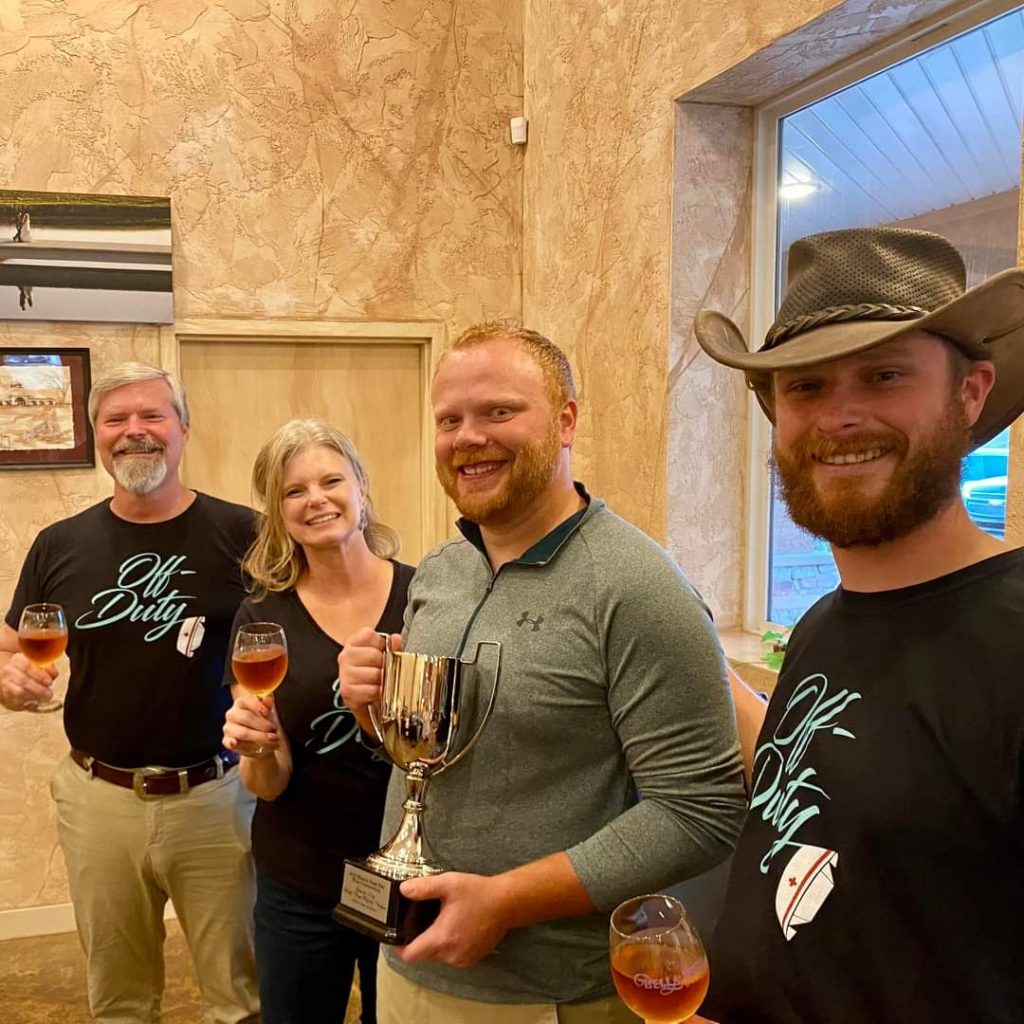 A local winery is celebrating after receiving the Illinois Governor’s Cup for a unique addition to its cellar dedicated to the nurses of the world.

The Illinois Grape Grower and Vintner Association on Friday presented Bella Vista Winery with the cup for its wine Off Duty. The wine is the brainchild of Co-Proprietor Angela Gorazd, a retired nurse practitioner who created the blend in honor of her profession.

“I actually dedicated this wine to nurses,” Gorazd said. “That is my way of paying it forward and giving recognition to nurses and what nurses do. There is a saying on the bottle, and it’s my saying, that ‘one day a nurse will save your life but you will never know it.’ And it’s true.”

In the days before the pandemic, for each bottle sold $3 was donated to the Illinois Nursing Foundation for scholarships, raising more than $7,000 as of April 2020. Gorazd said with the pandemic easing, the winery plans to soon resume that arrangement to help future medical professionals.

“Before the pandemic when I was making all these sales, I was donating a large amount of proceeds,” Gorazd said. “During the pandemic, we kind of cut back on that, but hope to get back to making donations again. That’s why we are so proud of that wine.”

Off Duty is a semi-sweet blend of a Savoy, a dry white, and a Rose, which tends in the U.S. to lean to the sweet side and is known for its pinkish color. Its success is also attributed to Gorazd’s husband and co-proprietor Steve Gorazd, son and grape grower Matt Gorazd and  winemaker Cory Kunkle, who brought the blend to life.

“My husband and I thought we knew wines until we bought this place and saw the process,” Gorazd said. “This person (Kunkle) is not only a scientist but an artist. He determines what yeast to use, he determines the amounts, he determines everything. And he is such an intelligent young man and so talented.”

In addition to the Governor’s Cup for Off Duty, the winery won several Double Gold awards for other varieties. While the winery grows a wide variety of grapes, as does its sister operation Hidden Lake Winery, it also purchases from local farmers. Food menus are also “as close as you can get to farm to table,” Gorazd said, and include a number of pairings and dishes created by Bella Vista’s executive chef.

“There are people who don’t make wine and just grow grapes, so we are really proud we support many local grape growers,” Gorazd said. “We constantly purchase and have relationships with these growers.”

In October 2019, the Gorazds purchased Bella Vista Winery, located on East Main in Maryville. The family also owns Hidden Lake Winery in Aviston, which was purchased in October of 2017.

“We purchased the building in October 2019 because the winemaking facility is amazing,” Gorazd said. “It rivals something you would see in Napa.”