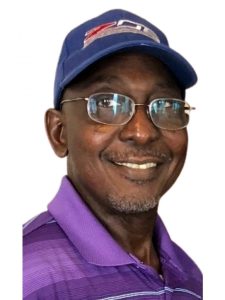 Bab attended Armitage High School in the provinces of Georgetown, The Gambia under the guidance of Alhaji Alpha Abou Khan. In high school Bab excelled at soccer, basketball and academics. Upon graduating high school Bab taught at Sukuta Secondary School in The Gambia before migrating to the United States to further his education.

Bab first arrived in the US through a boarding school in Rabun Gap, Georgia. From Georgia he migrated to Missouri, School of the Ozarks where he met the love of his life, Debra S. Unger and they married on October 26th 1979. Bab completed some college courses there and would later complete more at Belleville Area College (now SWIC) and SIUE where he studied business.

Bab was the epitome of the “American Dream”. He came to America with a return ticket to Gambia and a couple hundred dollars in his pocket. Through hard work, discipline, and perseverance he reached success. Starting at Little Caesars making just $5 an hour, humbled and determined 10 years later Bab would become a Little Caesar Franchisee at his peak owning and operating 8 locations. Bab was known throughout the community for his generosity in giving back and using pizza as a vessel to bring joy and love to those that needed it.

Bab loved to work and worked almost everyday of his life. When he wasn’t working he enjoyed yard work, tinkering with his car collection, and spending time with family. Bab was a huge lover of cars and old trucks. Two of his most prized auto collections included a 51 Chevy truck which he had restored from scratch and his Z06 Corvette, both in his favorite color blue. Bab recently learned to golf and had plans to get his pilot license with his friend Musonda.

Bab was very wise and was huge on bestowing life lessons onto others. Work ethic, kindness and generosity; all three contagious just like his everlasting smile.

Bab will forever be missed, but his legacy and vision will live on.