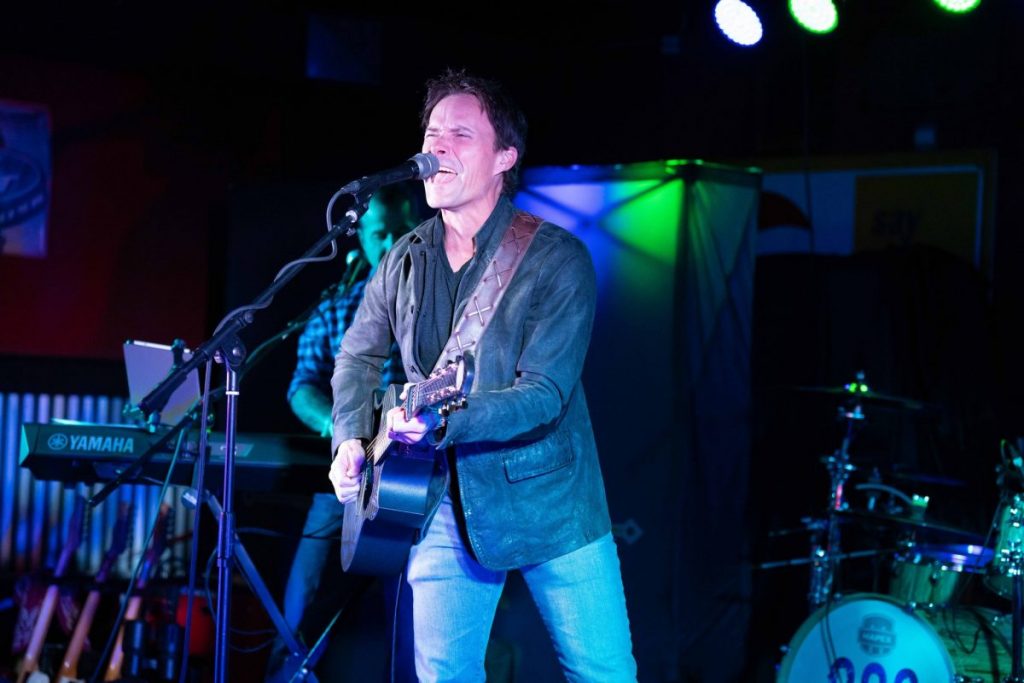 Fans of Bryan White were not disappointed with what was described as an exceptional show Saturday night at TIme Out in Troy. Proceeds from the event will go toward scholarships for high school students via the Troy/Maryville/St. Jacob/Marine Chamber Foundation. Photo by Alex Paz Jr., Pazimages.

Troy/Maryville/St. Jacob/Marine Chamber of Commerce says it was very clear that Bryan White fans were “in the house” at Time Out in Troy on Saturday night.

A round of applause and enthusiasm greeted White as he appeared for the show, the proceeds of which will benefit the Troy/Maryville/St. Jacob/Marine Chamber Foundation, which provides scholarships to local high school seniors.

Chamber executive director Dawn Mushill said in a news release the event was two years in the making.

“We booked Bryan before March, 2020, and finally, after a third date, it was all able to come together,” Mushill said. “And Bryan did not disappoint.”

White mentioned that the gig he played a few nights earlier was at the Grand Ole Opry, but the reception that the Troy crowd gave him was tremendous and very humbling. After finishing the concert, he held a meet and greet with VIP attendees, taking pictures with fans and signing memorabilia.

Throughout the evening, the crowd sang along to numerous hits by White including “From This Moment On,” “Sittin on Go,” “So Much For Pretending” and “Rebecca Lynn,” which had a special meaning for Ann Byrd, the co-owner of Time Out. Byrd named her daughter Rebecca Lynn after the No. 1 hit song and also met White during the event.

The concert continued when local band Shotgun Creek took the stage. The crowd jumped to the dance floor, enjoying the very talented musicians, according to the release.

“This group… we can’t say enough” said Mushill. “Each of the band members exude an exuberant amount of talent and you just can’t stay in your chair.”

This event would not have been possible without the dynamic Bryan White Action Team, according to the release. The group consists of Shawn McSparin of Shotgun Creek Band, Byrd, Jamie Runion of Lotus Yoga and Mushill, who all spent hours planning every detail to make sure attendees had a great experience.

As a way to help attendees with any parking issues, all attendees were given the opportunity to park at the Tri-Township Park and take the party bus.  Addington Place of Edwardsville volunteers provided the transportation and even provided a QR code for a free blizzard at the Troy Dairy Queem for all who rode the bus.