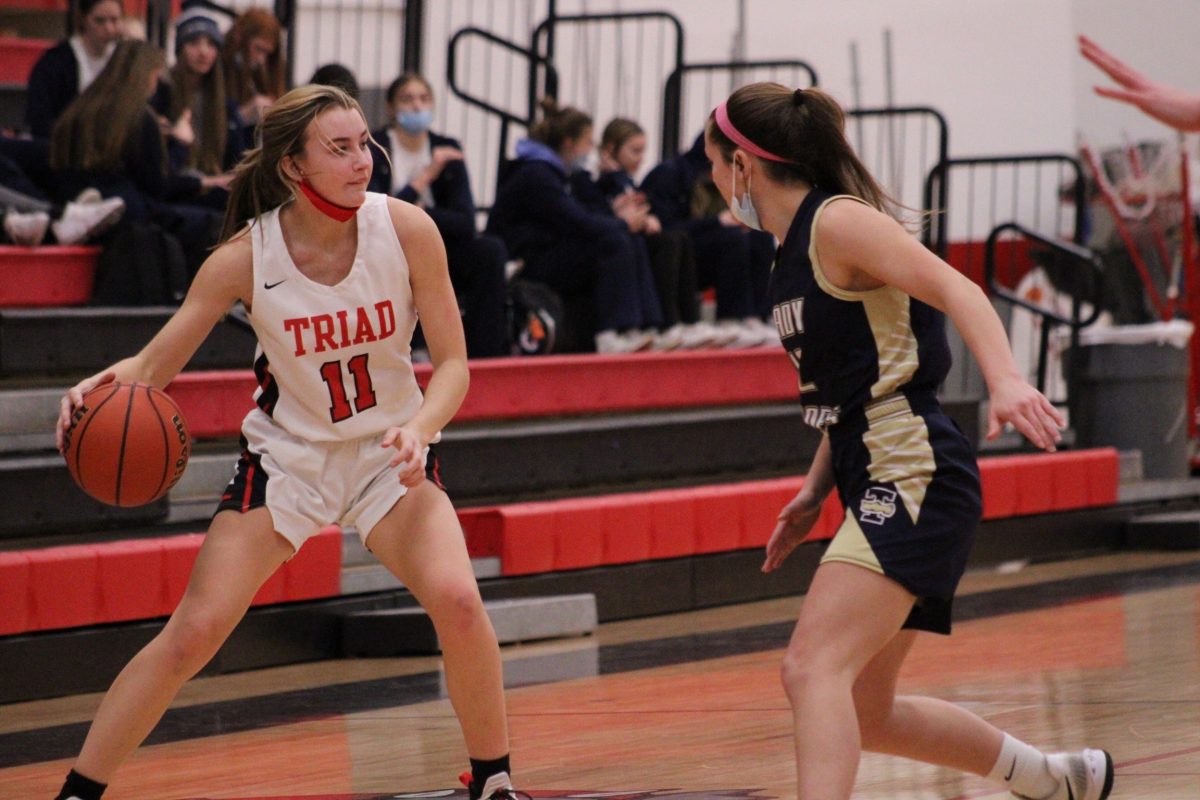 Triad’s first game of the year came on Nov. 15, when they faced off against the Althoff Crusaders. This matchup served as both team’s opening round of the Columbia Invitational.

After a slow first half for both offenses, the Lady Knights trailed 10-6.

In the second half, Triad’s offense equaled the first half total with 16 points of their own. 27 Althoff points canceled this out however and the Crusaders won 37-24.

Delaney Hess led Triad in scoring with 7 points, while Maddie Hunt tacked on 5 more. Triad’s rebound leader was Andie Green, who finished with 8.

Althoff continued their winning ways in the second round with a 58-48 victory over Father McGivney. The 2-0 Crusaders are set to play for the tournament’s championship against Waterloo.

Triad’s second round opponent was the Greenville Comets. In their first game of the tournament, Greenville fell 49-41 to Father McGivney.

An early 9-5 lead for the Lady Knights helped fuel a 14-10 lead after the opening eight minutes. By the end of the half, Greenville had erased their deficit to take a 20-19 lead.

Triad regained the lead in the second half at a score of 26-22. Both teams traded baskets for the remainder of the period, but a last second three pointer from Savannah Hildebrand pushed the Lady Knights ahead 34-32.