This holiday season the Times-Tribune is putting a twist on the traditional “Letters to Santa” newspaper feature.

Instead of asking local children what they want for Christmas, we are asking them to imagine themselves as a candidate for the position of Santa elf, explain what they think an elf’s duties are and why they would be a good fit for the job.

“We thought this approach, as opposed to the traditional Santa letters, might spur some interesting conversations between students, teachers and families around the dinner table leading up to the holiday season,” Times-Tribune Editor Pat Pratt said.

Submissions are open to children 5-7 years old in the general public. For privacy, please include the child’s fist mane and last initial only. The feature is also open to first-grade classes at Triad elementary schools. Teachers have already been provided the forms if their classes are interested in participating.

Forms can be picked up at the newspaper office, the address is below. A clippable form is published in this edition of the newspaper and a downloadable version is available here. 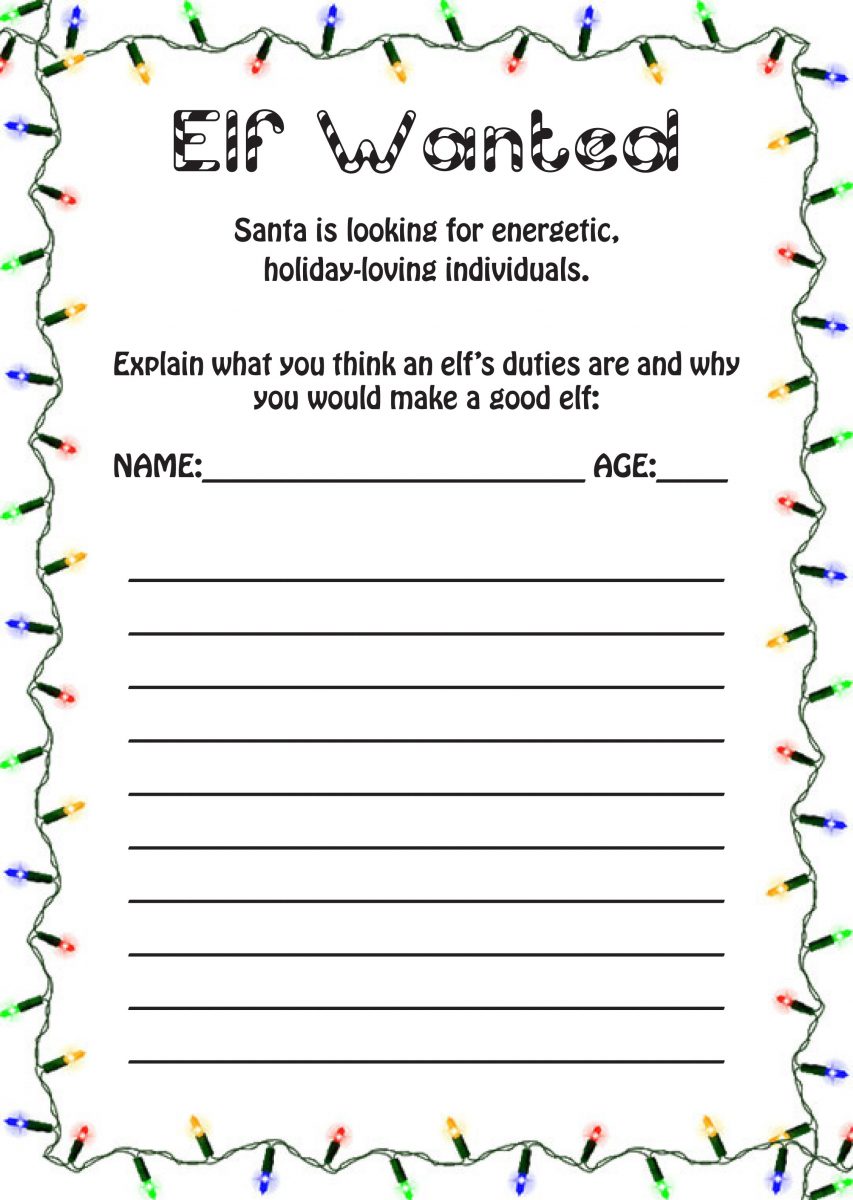