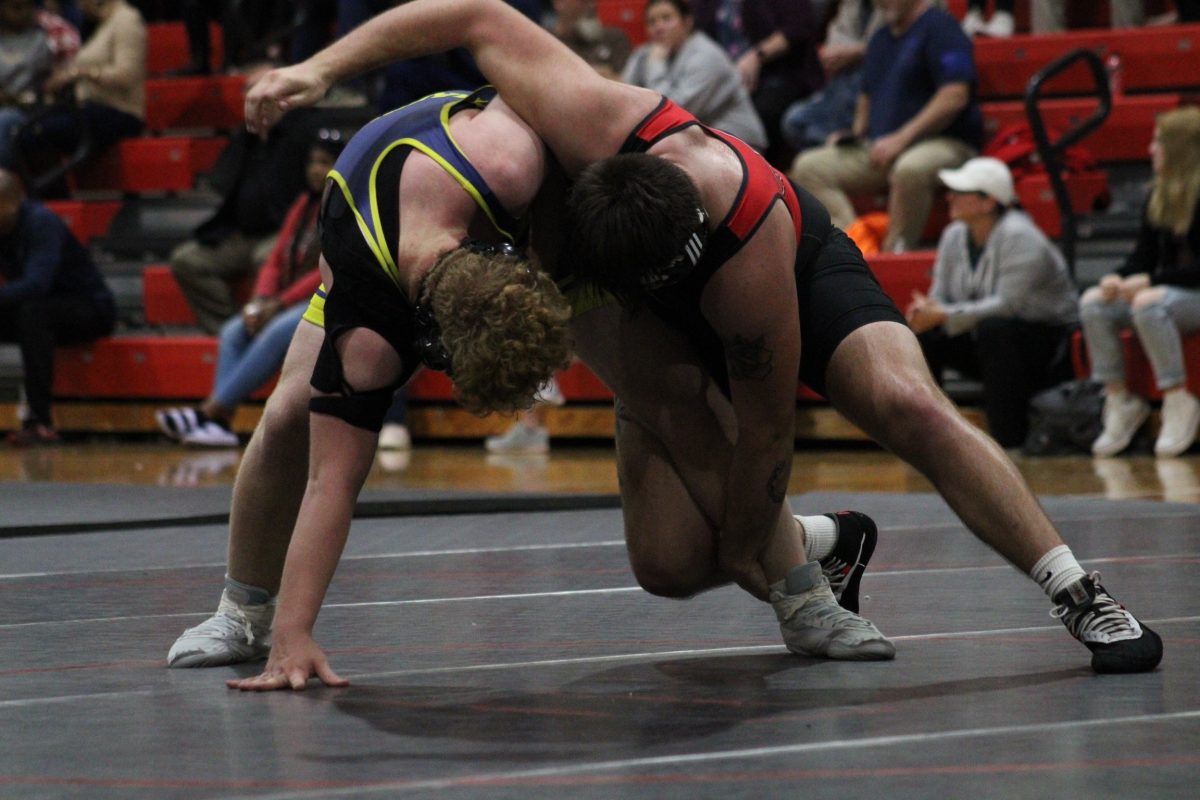 Nate Engler looks for a takedown against a Marion foe.

The Knights won 39-38 over Belleville West and 50-30 over Marion. Triad would also win in 11 of 14 weight classes throughout the meet.

“All of our kids battled, even the ones that lost didn’t just quit. If we continue with this kind of effort all year, you will see us make great improvement. This was one of our best team efforts from top to bottom in a dual meet in years. Every kid did something good so it would be hard to just talk about one kid,” Coach Witzig spoke of his squad’s 2-0 start.

Nate Engler, competing at 220 pounds, earned one win via pinfall and his other came via a 6-1 decision. Two more wins were provided by Aidan Postma after the 152 pounder won a 12-5 major decision and a pinfall.

Triad’s fifth two win grappler was Braden Carlson. One of his victories came via an 18-3 technical fall and the other via forfeit.

Six other Knights earned their first win of the season.

Will Kelly, Dylan McCain, Ben Baumgartner, Landon Lynn and Koen Rodebush all did so via pinfall. A forfeit win from Drew Meyer also added to the host’s win total.

Coach Witzig previewed the upcoming stretch, “We’ve got some really tough matches coming up in the next 2 to 3 weeks with some very high ranked teams. I’m really kind of excited to see how we’re gonna handle this. We will definitely see where we stack up with some of the best teams in our division at the state level.”