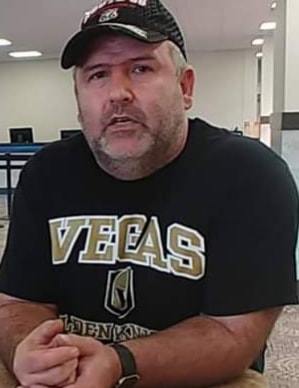 The search for a Troy man now missing for more than seven months has ended in tragedy.

Troy Police at about 7:30 p.m. Sunday found the body of 53-year-old Richard Maedge, according to a news release. Police said the investigation is still active. Further details, such as the location of the body or preliminary investigation of the scene, were not released. An autopsy is pending.

Jenn Maedge, the wife of Richard Maedge, on Monday said her family was devastated by the news. She offered, however, there was some relief after many months of not knowing what happened to their loved one.

“We are all devastated,” Jenn Maedge said. “It’s unfortunate he is no longer with us. His two sons, his daughter, his two grandsons and granddaughter and I are all devastated. There is some relief. It’s not what we wanted, but it’s over.”

Van Toliver is the husband of Maedge’s sister Marilyn. He echoed those sentiments on Monday, saying the family had been praying for months for some closure in the case.

“It brings a lot of peace to my wife,” Van Toliver said. “It wasn’t the outcome we wanted, but at least some prayers were answered.”

Maedge was reported missing April 27 from his home on Hickory Street in Troy. Family members told the Times-Tribune in a previous article he got off work about 3 p.m the day of his disappearance and was seen about 3:10 p.m. on a traffic surveillance camera heading home.

When he arrived home, he was reported to be going to his father’s house nearby to work on a deck. When family members arrived at the house that afternoon, his wallet and keys were on the counter. He had not been seen since.