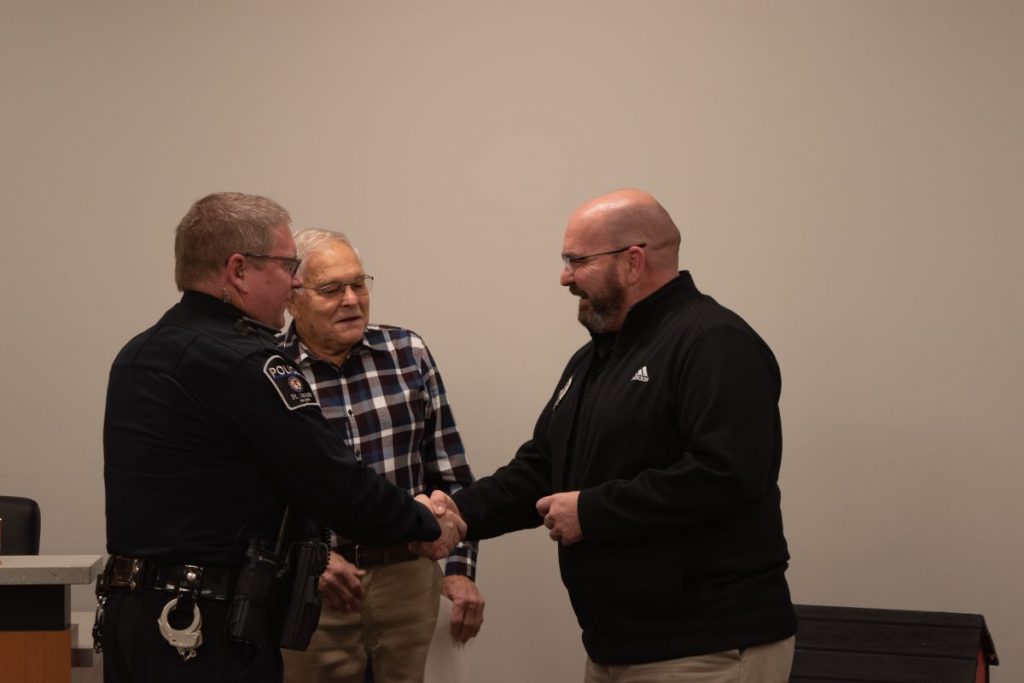 Officer Mike Ward of the St. Jacob Police Department presents James Kupinski with his pin after being sworn in as a part-time police officer.

Last Wednesday’s meeting of the St. Jacob village board brought about some news regarding different projects and saw James Kupinski being sworn in as a part-time officer for the village.

The biggest point of progress from the meeting came with news about the crosswalk at Olyvia St. and Ellis Rd., which will have bids open today. Going further into the season, the village will also no longer be picking up leaves unless it can be picked up with the skid loader.

The topic of the new water tower has still been put on hold, but progress on the fire hydrant on Highway 40 is slowly increasing as the village awaits permits to put it in. The streetlight on Highway 40 by Dollar General is also still awaiting confirmation.

Bids for getting the Little Library that was hit were also discussed, but will be saved for a later meeting.

The board also released its 2023 meeting schedule, with the first meeting taking place at 6:30 p.m. on Jan. 4 at the St. Jacob Village Hall.

Due to Trustee Tim Elliot and Police Chief Kukla’s absence, police matters were not discussed at the meeting.