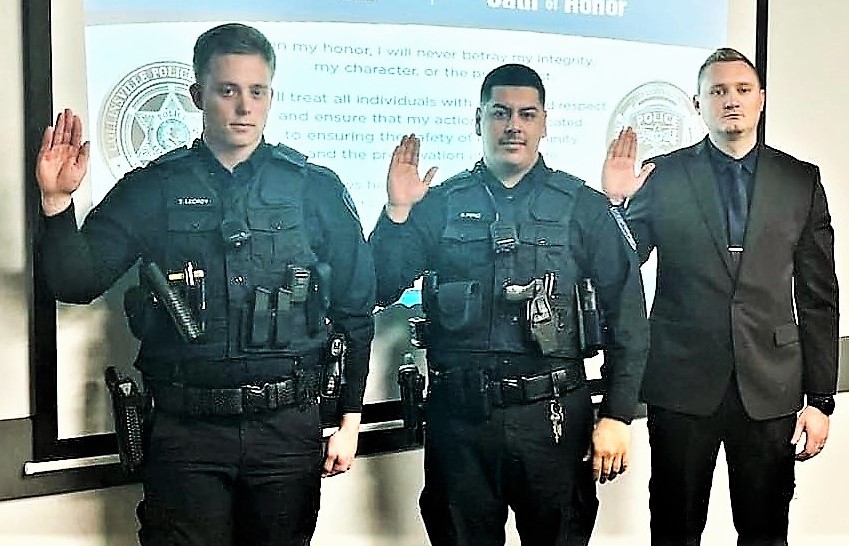 Three new officers in the Collinsville Police Department have been sworn in and will begin their patrol duties in the community in the near future.

One is Troy LeCroy who comes to Collinsville after serving for 17 months in the St. Louis Metropolitan Police Department.

Another, Sergio Perez-Lamas, has worked as a public safety officer for Southwestern Illinois College in Belleville and on patrol for the police department in Fairmont City. He additionally has experience as a civilian police aide in Collinsville.

Both Lecroy and Perez-Lamas are expected to be ready for solo patrol work in Collinsville in February upon completion of their field training program.

The third young man, Jacob Besserman, has 14 months of law enforcement experience with the St. Louis Metropolitan Police Department and will be participating in a field training program in Collinsville of 14 weeks total duration before going out on his own in late March.