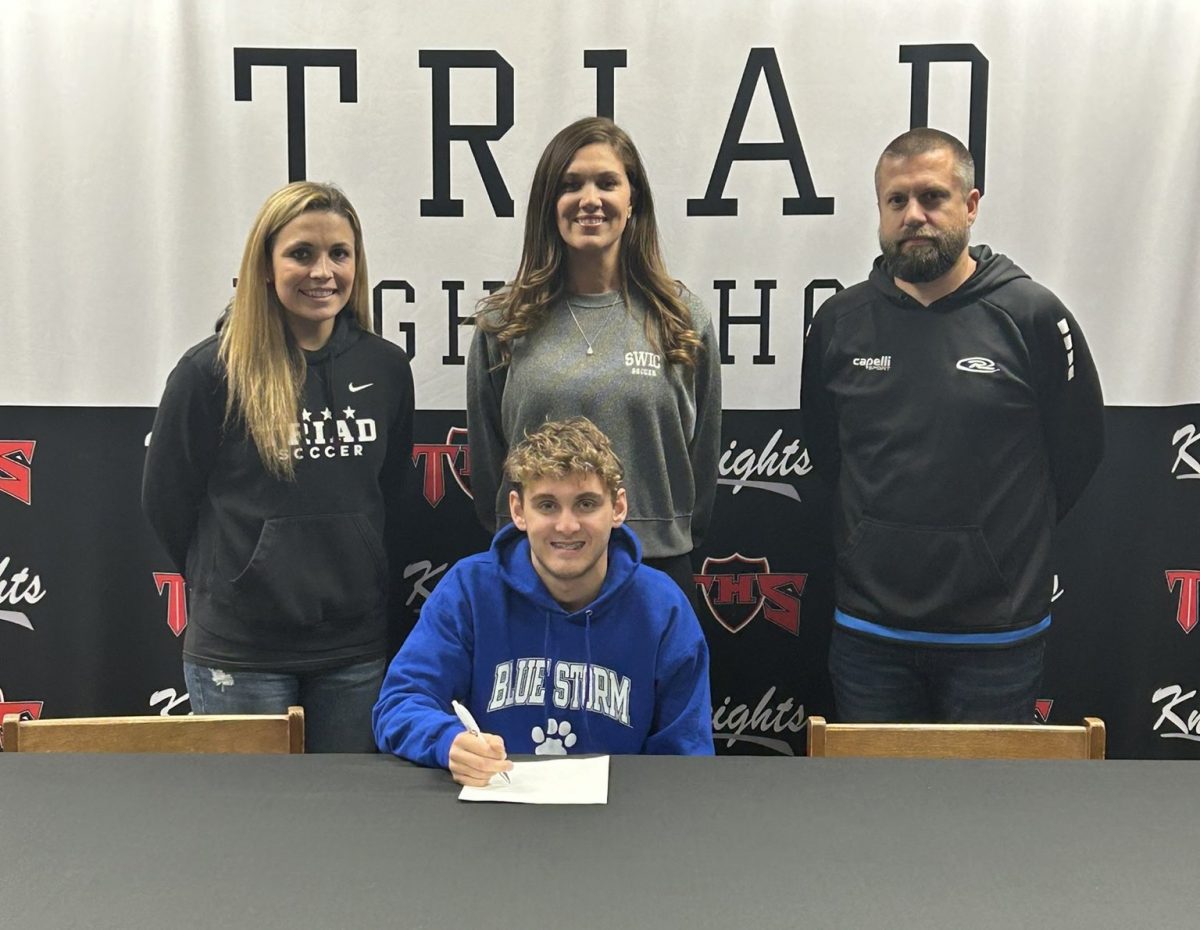 Rader spoke on his decision to join the Blue Storm, “They are close to home and have a great soccer program with good coaching.”

His commitment comes after a successful season in net with Triad. Over the course of the season, he amassed 20 wins and 10 shutouts. Rader was also among several Knights to make the Mississippi Valley Conference first team.

“It feels amazing. I’ve been playing soccer since I was five years old and I’m excited to keep playing,” the recent commit described being bound for collegiate soccer.

SWIC competes in the National Junior College Athletic Association and is a member of the Great Rivers Athletic Conference. Kaskaskia, Rend Lake and Lincoln Trail are among the other members of their league.

The Blue Storm are fresh off an eight win campaign in the fall in Head Coach Lindsay Eversmeyer’s first season at the helm. Eversmeyer previously was part of the SWIC coaching staff for women’s soccer, helping lead them to their first berth in the NJCAA national tournament.

Rader, who plans to study Criminal Justice, gives thanks to, “My coaches, family and teachers.”