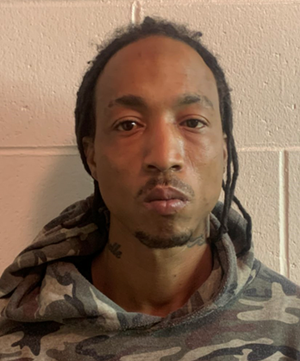 A Missouri man who shot and killed a man last spring in Maryville – a victim who was said to have been the killer’s friend – pleaded guilty on Dec. 22 to first-degree murder.

Madison County State’s Attorney Tom Haine said in a news release that 41-year-old Danyiel M. Johnson was sentenced to 34 years in prison following the plea. He will have to serve 100 percent of the sentence.

“This defendant gunned down a supposed friend and left him to die behind a garage,” Haine said. “Thankfully, this sentence ensures that he’ll be an elderly man before he’s even eligible for release from prison.”

Johnson killed Ronald L. Holland, 41, also of St. Louis, on March 17 behind a garage on North Bluff Road in Maryville. Investigators determined the day of the murder Johnson and Holland drove together to Illinois to pick up a vehicle, according to the release.

As the men drove around they got lost. After seeing several police cruisers, which were according to the release just out on routine business, Johnson began to suspect Holland set him up. The men stopped at the garage which was the site of the murder and began arguing.

Johnson admitted firing multiple shots at Holland and told investigators he saw Holland fall to the ground, according to the release. He said he heard Holland moaning and then told the victim who he had just shot “he loved him,” the release reads.

After killing his “friend,”  Johnson threw the gun into an adjacent wooded area, got back into the vehicle and drove back to Missouri. Within 48 hours, police took Johnson into custody in Missouri.

Haine commended Maryville Police and the Major Case Squad of Greater St. Louis for their work.

“Their investigation was swift and thorough, and resulted in the quick identification and apprehension of the perpetrator,” Haine said.

Maryville Police Chief Rob Carpenter said, “I’m grateful to the Madison County State’s Attorney’s Office, as well as the members of the Major Case Squad, who brought closure to the victim’s family.”