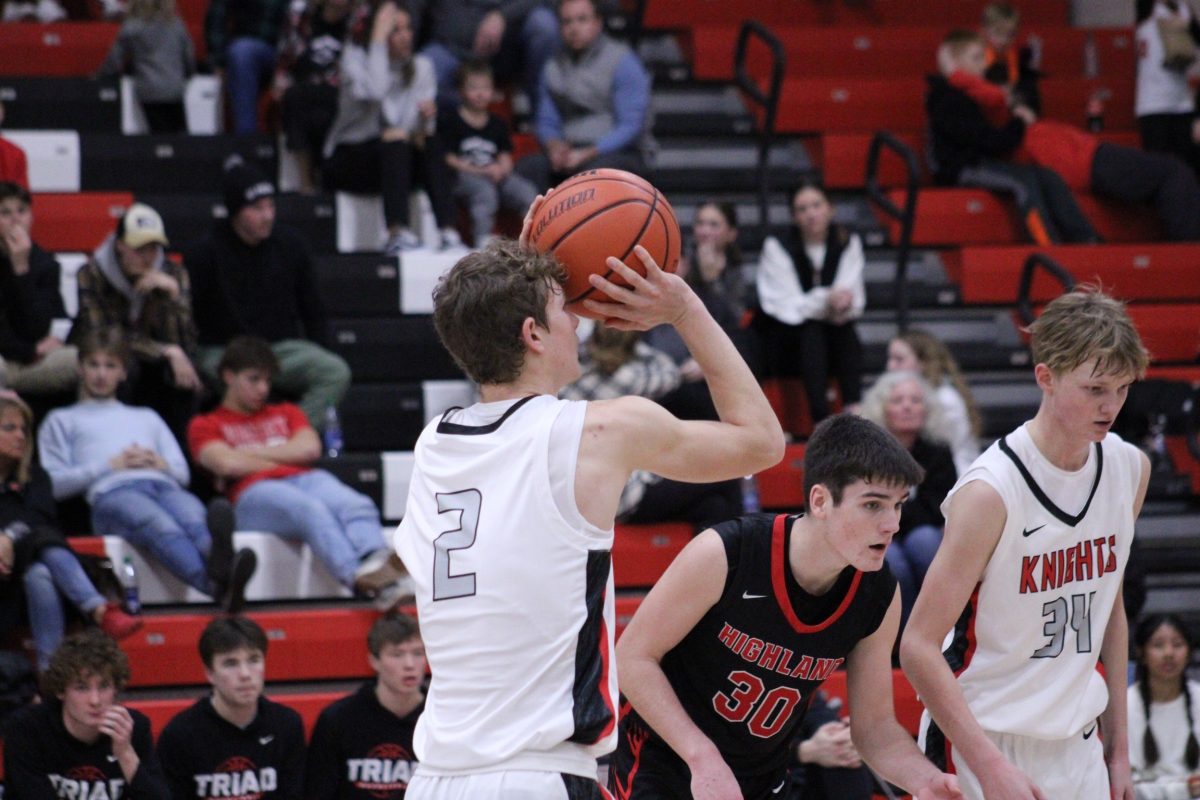 Since Feb. 28, 2020, Mascoutah had dominated the rest of the Mississippi Valley Conference. Their dominance shined through with two consecutive undefeated league crowns and a 23 game win streak. No opponent played the Indians closer than four points over that stretch.

Their momentum rolled into this winter’s season, as they jumped out to a 3-0 start against league opponents and held sole possession of the conference lead.

But then came a Dec. 12 visit to the Triad Knights.

The opening eight minutes saw several lead changes and leads no larger than four points. Mascoutah outscored their hosts 12-10 at the end of the first quarter, but would not do so for the remainder of the evening.

A few minutes into the second quarter, senior Aydin Hitt landed a three point shot from the top of the arc to regain the lead at 17-14.

The lead would shortly flip back in the Indian’s favor at 20-19, but a pair of late free throws from Owen Droy and a drive to the rim from Drew Winslow fueled Triad to a 23-20 advantage at intermission.

As the points slowed in the second half, Mascoutah clawed their way back into a 29-29 tie late in the third. However, a corner three from AJ Mills swished through the net just before the end of the period and Triad once again led at 32-29.

Winslow finished with a game high 18 points in the win, with all of his points coming from inside the arc. McGrady Noyes added on 12 more after a perfect shooting day from the field and the line.

On the defensive side of the ball, Triad did not allow a single Mascoutah player to hit double digits. Mills also finished the game with five steals.

The Knight’s win results in a three way tie for the conference lead between themselves, Mascoutah and Jersey at 3-1. Triad returns to league action on Jan. 6 when they visit the Jersey Panthers.

Next up for the 8-3 Knights is what figures to be a historic Prairie Farms Holiday Classic Tournament at Collinsville. Triad’s first game in the sixteen team bracket comes against Collierville, Tennessee on Dec. 28, which will be played at 7:30 p.m.

This season’s tournament, which will feature its thousandth game, will also feature a shot clock. The key change is part of a new policy from the IHSA to allow shootouts and tournaments to receive permission to use a 35 second shot clock.