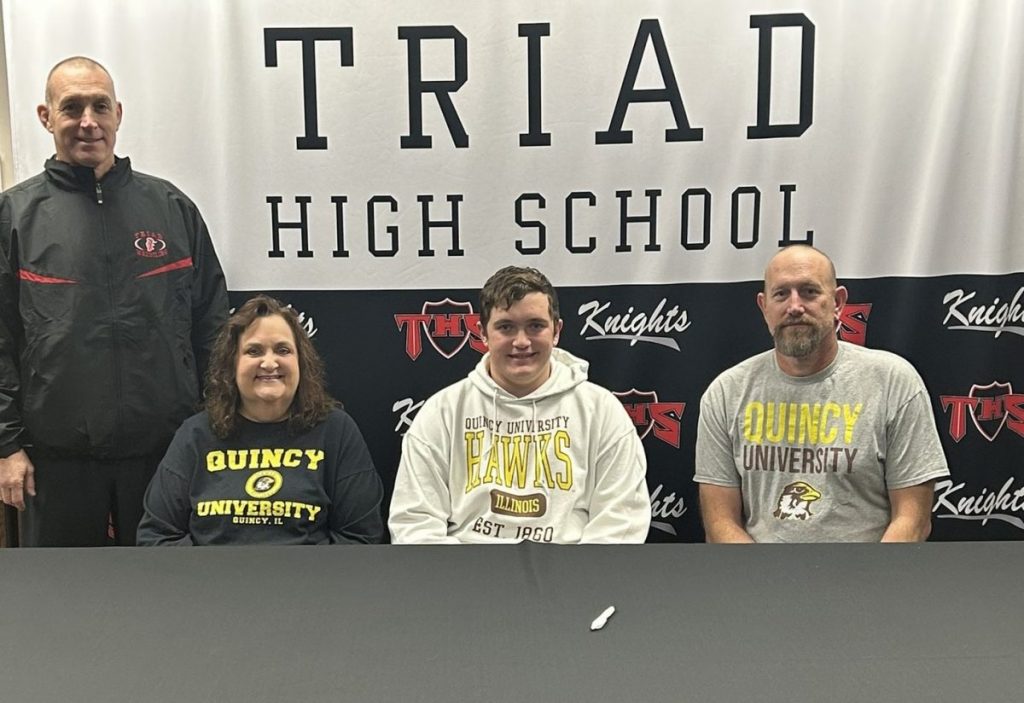 Hobbs, who plans to major in accounting, spoke of his school choice, “It is pretty close to home and has a nice campus.”

As a Quincy Hawk, Hobbs will compete at the Division II level and in the Great Lakes Valley Conference. The GLVC features other local schools such as Maryville, UMSL and McKendree.

“It’s pretty exciting. I’ve been wrestling since I was little,” Hobbs described being able to wrestle at the collegiate level.

Quincy’s wrestling program is in the midst of their inaugural season after the university began the program. Jimmy Eggemeyer is at the coaching helm for the team’s first season.

Their recent signee from Triad looks forward to the program’s incoming developments, “They are building a new wrestling area. It’s exciting to be part of that.”

Quincy will also be looking forward to Hobb’s arrival to help their program move forward. The Knight is off to an 11-4 start in his senior campaign.

The future Hawk gives thanks to his parents for helping him reach the next level.